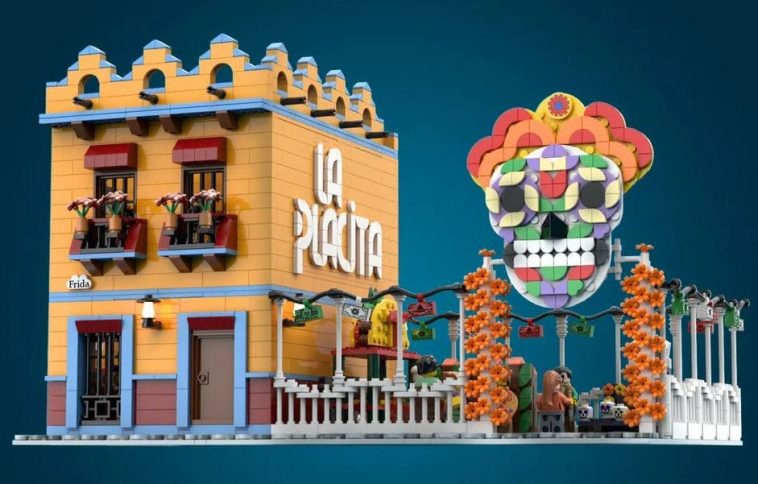 Viva la Mexico! We love Mexico and the Mexican spirit, so this LEGO Ideas set, uploaded to the site on 16th March, is right up our street. Called La Placita and designed by Brick Dangerous, it aims to recreate a small Mexican plaza, bustling with locals and tourists alike.

There’s a strong Día de los Muertos – Day of the Dead – vibe to La Placita. A huge colourful skull acts as a centrepiece for the square, and inside you’ll find stalls adorned with smaller decorated skulls. There’s also a taco stand, beautifully decorated with a taco-shaped sign.

Next to the square is a building, built in traditional Mexican colours of orange and burnt red. Inside you’ll find a gym where wrestlers are training. Upstairs there’s a sewing factory, where people are hard at work creating wrestling costumes.

This isn’t Brick Dangerous’ first set to be submitted to LEGO Ideas – far from it. They’ve got four more pending designs, including this delightful Ice Cream Shop and a mind-bending model of Salvador Dali’s Melting Clock.

But there’s something about La Placita that stands out to us. It’s a beautiful design, and would look at home in any LEGO modular set-up. Since it has already amassed over 100 supporters, it’s got until 2022 to reach 1,000. With a total of 538 already – more than half way there – we don’t think it’ll be a problem. It’ll need 10,000 in total to be considered for review.

If you like La Placita as much as we do, hop over to LEGO Ideas and give it a vote. 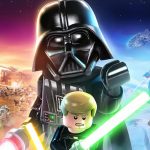