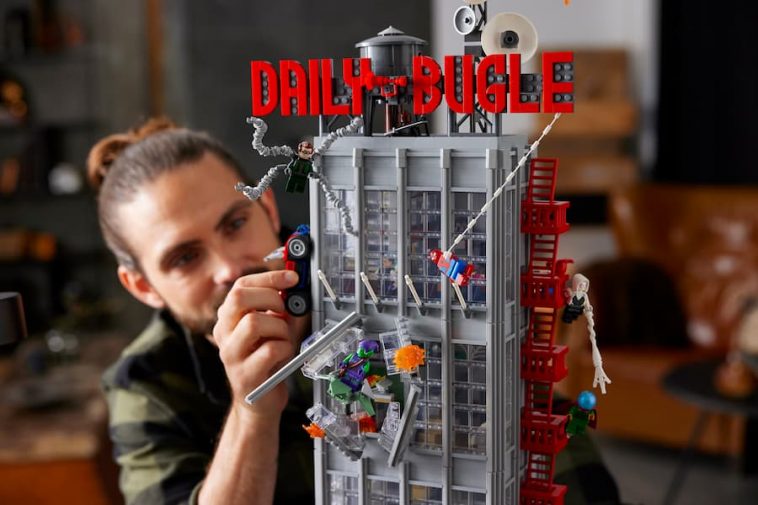 LEGO’s range of Marvel sets has been going strong for several years. And while it has largely focused on playsets for younger builders, in recent years it’s expanded into larger sets aimed at adults.

From the impressive selection of LEGO busts/helmets to the huuuge Daily Bugle, there’s a LEGO Marvel set for adults to suit all budgets. And hopefully, we’ll have more to add to this list in the coming months. But for now, these are the best Marvel sets aimed at adults that you can currently buy.

Suit up, and enjoy!

Bad news Marvel fans: Mjolnir doesn’t exist in real life. What does exist, however, is a brick built version of it, and it can be yours for just over £100 of your English pounds. Comprised of just under 1,000 bricks, LEGO 76209 Thor’s Hammer is a sizeable model once built, and makes a wonderful display piece thanks to the included stand.

What’s particularly neat about Thor’s Hammer, or Mjolnir, is that it comes with three minibuilds – the Infinity Gauntlet, the Tesseract, and Odin’s fire. These, along with a minifigure of Thor, can be stored in a secret compartment in the hammer. So, all in all it’s a brilliant model with some nice extras. Just don’t try to hit anyone with it.

The most expensive model on this list, LEGO 76178 Daily Bugle will sent you back just over £250. It’s worth it though, thanks to the sheer size of the thing. It’s detailed, too, and comes with a whopping 25 minifigures, many of which are exclusive to this set. Your only problem might be getting your hands on it.

With Spider-Man being so popular it’s often out of stock on the LEGO website. It’s worth trying to obtain it if you’re a Marvel fan or know someone who is though, as it’s quite possibly the best LEGO Marvel set available right now. It’s four floors of Spider-Man delight, plus extras. And it’s a fantastic display piece. You can read our full review of it here.

The Guardians of the Galaxy have had their ships immortalised in LEGO before, but not on this scale. LEGO 76193 The Guardian’s Ship is one of the biggest LEGO Marvel ships ever made, and it looks absolutely glorious.

Minifigures of Star-Lord, Groot, Rocket, Mantis, Thor, and a Chitauru warrior are included, and easy access to both the interior and cockpit allows for some fun display opportunities. It comes with a stand that helps with that, too. And the model can be rotated on it to show off all angles. Needless to say, LEGO 76193 The Guardian’s Ship is definitely one of the best LEGO Marvel sets available for adults right now. Especially if you’re a fan of the Guardians of the Galaxy.

Want to own your own Infinity Gauntlet? You can, thanks to LEGO. Technically a part of the LEGO Helmets range, this sizeable replica of the Infinity Gauntlet unfortunately doesn’t have any special powers. It does, however, have posable fingers, so you can have fun with that. And its stunning detail and gold colouring really makes it stand out.

In fact, those who like building MOCs might want to buy more than one of these sets to add some gold-coloured bricks to their collection. Ultimately though, LEGO 76191 Infinity Gauntlet looks great and id enjoyable to build, making it one of the best LEGO Marvel sets you can get right now. Read our review of the Infinity Gauntlet here.

The LEGO Helmets range is popular with adult fans of LEGO, and it’s easy to see why. They’re fun to build, inexpensive and make great display pieces; what’s not to love? It’s just a shame that there aren’t too many based on Marvel characters just yet. There was Iron Man but that’s been discontinued, and so the best available right now is Venom.

This is an enjoyable build even though you’re mostly working with black. And once you’ve done putting together those sharp teeth and attached the protruding tongue, you have a model that’s instantly recognisable. It’s one of the best LEGO Marvel sets available right now unless you prefer Carnage. In which case, buy LEGO 76199 Carnage instead. You can read our review of LEGO Venom right here.

If you’re fan of Iron Man and want to adorn your wall with something more substantial than a poster, there’s something in LEGO’s Art range that you might very well be interested in. LEGO Marvel 31199 Iron Man allows you to build your very own piece of art, with one of three designs to choose from. Like Iron Man the most when he’s in his MARK III suit? Build that option. But if you ‘d rather depict his HULKBUSTER MARK I or MARK LXXXV suits you can build those, too.

If you’re truly an Iron Man man you can buy three copies of the set and build an even larger piece of art that has Iron Man making use of his Repulsors. And to make the build even more special, an exclusive soundtrack is included to get you in the mood. Unfortunately this set is now discontinued in the UK, so it’s not available via the LEGO website. It’s still in stock at third-party retailers such as Amazon, however, and may still be available via LEGO in other regions. 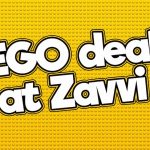 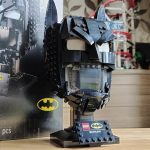