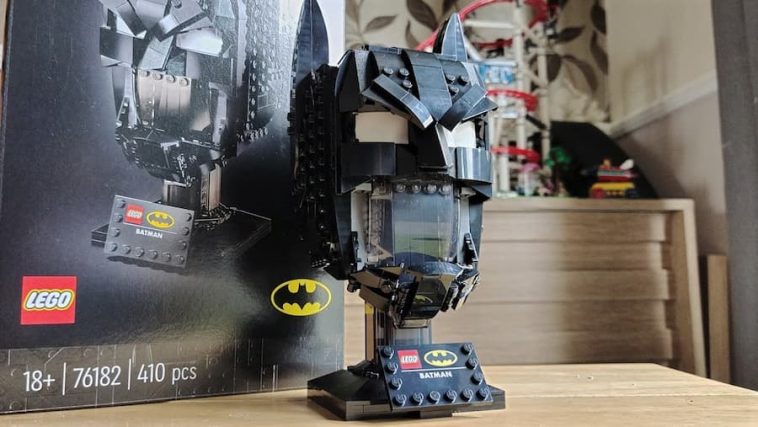 Try as you might, you can’t actually be The Batman. Thanks to LEGO, however, you can now at least own a replica of his cowl. Built with bricks, of course. LEGO 76182 Batman Cowl is one of the latest entries in the companies fairly new busts range. Also, it’s the first based on a DC property. Needless to say, we can probably expect busts of other iconic DC characters in the future, hopefully Joker. Especially considering how good the Batman one is.

In the sleek black box is a 96 page instruction manual, which includes an intro by LEGO designer Junya Suzuki. For better or worse, every page is black. There are, if course, also numerous bags of bricks – three of them in fact. They’re numbered 1-3, so there are three steps to building Batman’s cowl. You’ll probably be glad to hear that there are no stickers involved whatsoever.

Your first task when building LEGO 76182 Batman Cowl is to build the base. After that, you then move onto building the core of the cowl that all of the detail will be layered onto. Sometimes you might question the designer’s decisions, as some bits initially seem quite brittle. Eventually though, you have a solid base on which to continue building.

With bag number one done, you then move onto bag number two, and here things start becoming recognisable. First you make the top of the cowl, then the back – there’s nothing troubling here, or particularly interesting. When you start building the sides of the cowl, including the ears, however, you may begin to appreciate the build as it starts coming together. Well, as long as the base doesn’t keep irritating you. Depending on how you apply pressure to certain parts of the cowl as you build, a number of small triangular plates might just decide to pop off the base. Very irritating indeed.

With the final bag, you’re finishing off by building the front of the cowl. This is the good bit. A giant tinted cockpit window is placed where you’d normally see Bruce Wayne’s pursed lips, then you build and apply the cheek portion of the cowl. Next you place Batman’s beaming white eyes before assembling and attaching the nose portion of the cowl. The forehead, including eyebrows, comes after, which is cleverly attached via some hinges and sits just over the nose. All that’s left after that is to apply some final details to the sides of the cowl before building and attaching the chin portion. Stick the included plate to the base, then you’re done.

LEGO 76182 Batman Cowl is a display piece through and through. Unfortunately it’s too small for anyone to wear, unless they have an abnormally small head. Even then, it’s not hollow. This is a set designed for adults who love Batman. It’s as simple as that.

This is one of those models that’s more impressive than images would have you believe. With it being mostly (pretty much nearly all) black, you could be forgiven for thinking that there wouldn’t be much detail to it, but the way the designer has managed to achieve some of the cowl’s features on the front is to be commended.

It’s perhaps not the most entertaining build, but by the end it’s hard not to be impressed by what you’ve made. If you’re a Batman fan, consider it a must-have. If not, why would you even consider picking it up? 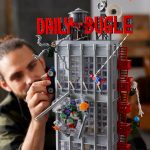 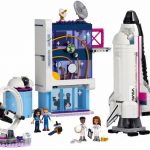