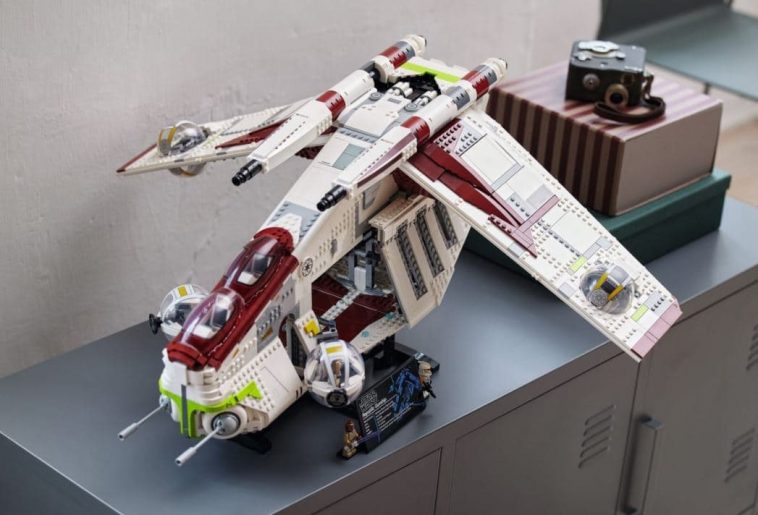 The next big LEGO Star Wars set has been revealed: an Ultimate Collector’s Series Republic Gunship, based on a ship from The Clone Wars. It was shown off during an exclusive unboxing stream with David Hall from Solid Brix Studios. And it’s a big one: the set has 3,292 pieces and measures in at 68cm long by 74cm wide. Phew. Better make sure you have some display space available.

The set is a result of a poll LEGO held in 2020, asking Star Wars fans what the next UCS set should be. Naturally, the Republic Gunship came out top. Thankfully, you don’t have to wait too much longer to get your hands on it; it’ll be available from 1st August.

In the reveal video, which you can watch below, Hall interviewed the set’s designers, Jens Kronvold Frederiksen and Hans Burkhard Schlomer. The pair talked about the challenges faced in bringing the set to life as well as the techniques they’ve used in building it.

This is an 18+ set, so of course it’s designed as an adult display piece, but that doesn’t mean it doesn’t have interactive features. There are two pilot cockpits, swing-out gun turrets, two cannons, and sides and a rear hatch that open up. There are two minifigures included: Clone Trooper Commander and Mace Windu. And like all UCS sets, it comes with an informational display plaque.

You can watch the reveal video, including the interview with the designers, below. 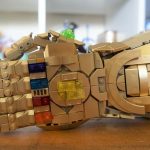 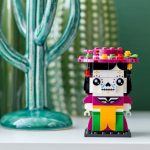