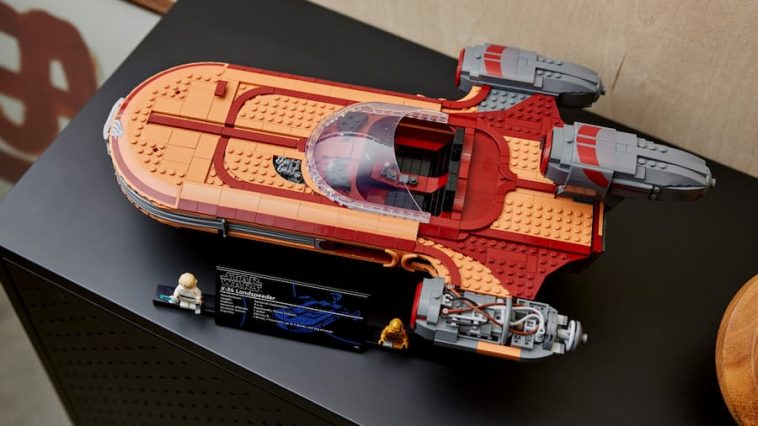 With Star Wars day – May the 4th – fast approaching, it has come as no surprise that LEGO has announced a brand new Star Wars set. But not just any set: it’s a new Ultimate Collector Series (UCS) model. And, if we do say so ourselves, it looks fabulous. It’s Luke Skywalker’s Landspeeder – a set that has been recreated out of LEGO numerous times. But never to this scale and level of detail.

LEGO Star Wars 75341 Luke Skywalker’s Landspeeder is made up of 1,890 pieces, and when built it’s 49cm long. Half a metre! Impressive scale, then. It comes with a display stand, two minifigures (C-3PO and Luke Skywalker), and packs in a heck of a lot of detail.

A missing engine cover reveals inner mechanics on one of the engines, and there’s a full cockpit, complete with moulded seats (unfortunately not to minifigure scale). It looks like there are some stickers, but it can be forgiven when the whole thing looks this impressive.

LEGO Star Wars Luke Skywalker’s Landspeeder costs £174.99/$199.99 and will be available in LEGO stores from 4th May. If you’re a VIP, you’ll be able to grab it from the 1st. Its launch coincides with LEGO’s Star Wars Day events, and so numerous free gifts and double VIP points will be up for grabs. You can read more information here.

More details are available on LEGO’s website. Will you be speeding out to buy one of these next month? Let us know what you think in the comments below. 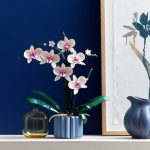 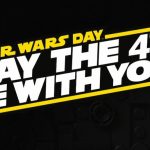