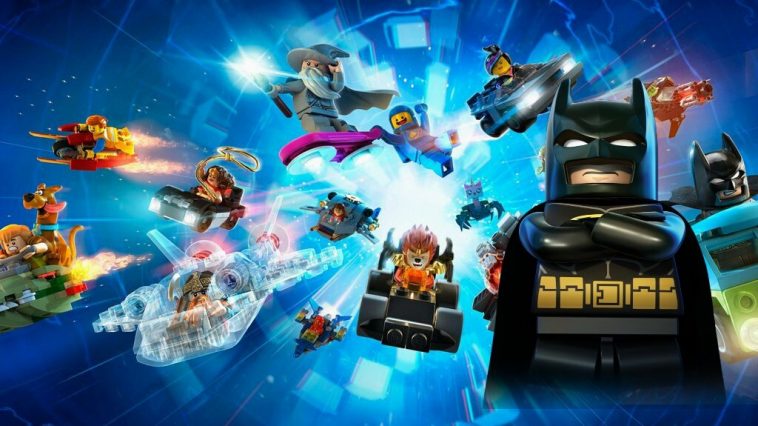 At That Brick Site, LEGO is of course number one. But we also love video games. Luckily for us, the two things have crossed over quite a lot. There’s a huge amount of LEGO-themed video games out there, and here we’re rounding up the best of them.

As video game technology has advanced, so have LEGO games. Some of them are still about building and creating (LEGO Worlds, for example) but many of them take us on epic adventures through the many licensed properties that LEGO work with.

With so many LEGO games to choose from, how on earth are you meant to know which ones you should play? Never fear – here are the best LEGO video games you can play right now.

Originally released as two separate games, the LEGO Harry Potter Collection brings both Years 1-4 and 5-7 together in one cleaned-up collection. With two games to play through, spanning all seven years of Harry’s time at Hogwarts, the Harry Potter Collection packs in a lot of game. There’s well over 50 hours of gameplay here if you want to see everything that the games have to offer.

The LEGO Harry Potter Collection‘s main levels will see you learning important spells, taking part in lessons and doing what Harry Potter does best: fighting the evil forces of He-Who-Shall-Not-Be-Named. But there’s plenty to do outside of the main campaign, too.

The LEGO version of Hogwarts is sprawling and beautiful, packed with so many secrets to uncover. And if you’re a fan of the books or movies, there are tonnes of references that you’ll be sure to get a kick out of. With so much to do, it’s undoubtedly one of the best LEGO video games you can play.

One of the few LEGO games without a franchise attached, LEGO City Undercover is, without a doubt, one of the best LEGO video games out there. It’s essentially the family-friendly answer to the Grand Theft Auto series; a vast open-world game that sees you take on the role of LEGO City police officer, Chase McCain.

While there is a substantial story to follow, the true joy of LEGO City Undercover is in exploring the world, finding secrets, and completing side quests and missions. Whether it’s helping a civilian find a lost item, taking part in a high-octane car race or chasing down some no-good criminal, there’s tens of hours of fun to be had.

Sure, it might not have the language and violence of Grand Theft Auto, but it’s a heck of a lot more fun!

LEGO’s answer to the toys-to-life videogame trend may have been cancelled, but it doesn’t mean that you still can’t play and enjoy the game.

Taking pretty much every franchise LEGO has ever worked with and shoving them into one mammoth videogame, LEGO Dimensions is basically the ultimate video game for any LEGO fan. By buying physical game packs – which come with minifigures, little LEGO structures and game discs to place on your LEGO Dimensions base – you can put a bunch of new characters in the game, explore various worlds, and play through an epic storyline.

There have been dozens of level packs, expansions and characters introduced to LEGO Dimensions. The series came to an end a couple of years ago though, so the game and its expansion sets aren’t quite as easy to get hold of as they once were. But they’re well worth seeking out, and can often be picked up fairly cheaply. While each expansion gives you access to a whole new world, just the base game packs in a heck of a lot of content. Get a few packs, however, and you’ve got the best bricky adventure you could ever ask for on your hands. It’s a shame it was short-lived, but LEGO Dimensions remains one of the best LEGO video games you can play.

Okay, so this isn’t technically a full LEGO game, but we’d be foolish if we didn’t include this excellent DLC when talking about the best LEGO games ever made. A additional content pack available for Xbox-exclusive racing game Forza Horizon 4, LEGO Speed Champions transports you to an all-LEGO world, puts you behind the wheel of a LEGO car, and invites you to have a lot of fun.

The world itself is a joy to explore, and you’ll get a kick out of seeing some real-life LEGO sets as you drive around. Of course, the aim of the game is to race, but there’s plenty of fun to be had off-track too. There are plenty of challenges to complete, or you can even drive around, simply destroying the world if you want. It wouldn’t be a LEGO game if you couldn’t.

Everything is awesome! Well, this game certainly is. This videogame version of The LEGO Movie follows Emmet on his journey through Bricksburg. With the help of Wyldstyle, Benny, Batman, Metalbeard and everyone else, you’ll be taking down the evil Lord Business to bring Bricksburg back to normal.

It probably helps that The LEGO Movie was so much fun to begin with. And its brilliant storytelling and characterisation is just as enjoyable in the game. Bricksburg is a delightful place to explore, and just like any good LEGO game, there are plenty of side missions and secrets to uncover. We’d recommend you watch The LEGO Movie before playing, though, to really get the most out of the game!

The LEGO Movie Videogame isn’t the longest LEGO game out there, but it’s still one of the best LEGO video games thanks to its worlds being so wonderfully designed and its story so excellently told.

What could be better than a Marvel and LEGO crossover? Well, not a whole lot. Aside from Star Wars, Marvel has become one of LEGO’s most loved franchises, and it works so well in game form, too. With a massive range of minifigures to unlock and play as, covering all corners of the Marvel Universe, there are so many potential skills and abilities to unlock by playing as them all. Fly around as Iron Man, or smash up the streets as the Hulk; however you play, LEGO Marvel Super Heroes is a lot of fun.

While LEGO Marvel Super Heroes has a great campaign, particularly if you are a Marvel fan, it’s the open world that is most enjoyable. The game’s recreation of New York City is fantastic. It also packs in a lot of extracurricular activities outside of the main story mode. It’s not quite to scale, but there are a lot of familiar landmarks to explore. You can lose hours simply wandering around and helping out NPCs in side quests.

Thanks to its wonderful hub world and the joy of playing as your favourite brick-sized Marvel characters, it’s easy to see why LEGO Marvel Super Heroes is one of the best LEGO video games currently available.

Since 1999, Star Wars has been LEGO’s biggest franchise in terms of physical LEGO sets. It’s also the series that kickstarted the LEGO games as we know them today; LEGO Star Wars: The Videogame released back in 2005.

The most recent offering – at least until Skywalker Saga releases later this year – is LEGO Star Wars: The Force Awakens, which retells the story of the movie. The addition of cover shooting and puzzle-like building segments adds a bit of freshness to the LEGO series. And of course plenty of familiar Star Wars characters makes this a must-play for any budding Jedi.

Plus LEGO BB-8 is simply adorable. We’d die for him. You’ll enjoy this one more if you’re a Star Wars fan of course, but it’s still one of the best LEGO video games available.

One of LEGO’s longest-running own franchises is Ninjago. There have been a couple of handheld Ninjago games, but the young ninjas are rarely seen on home console. The LEGO Ninjago Movie Videogame changed all that, bringing the game of the film to PC and consoles.

It’s one of the freshest LEGO games of recent years, adding in exciting combat mechanics and mixing up the formula somewhat. Rather than having a separate ‘hub’ world, LEGO Ninjago Movie Videogame‘s side content takes place in the same areas of the levels themselves. It also ditches the use of the red ‘bonus bricks’ that grant multipliers to stud pick-ups; here, you’ll gain a multiplier by chaining combat combos. It makes for a much more rewarding experience.

The Japanese-inspired world of Ninjago is a wonderful backdrop, too, as you explore ancient temples and bustling cities. With so much to do and see, LEGO Ninjago Movie Videogame is easily one of the best LEGO games you can play right now. 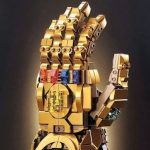 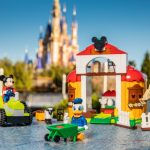