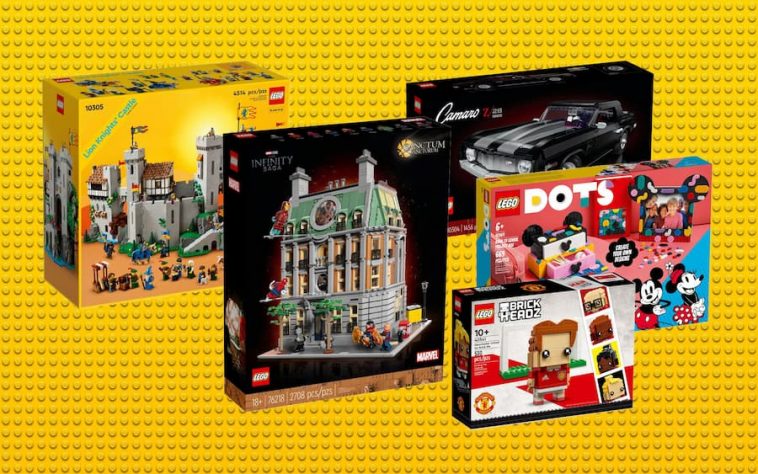 August is a busy month, once again, for new LEGO releases. Especially if you’re in North America, where many sets Europe got back in June are launching for the first time.

Here, we’re just focusing on European releases. You can browse Europe’s 1st June releases by clicking here. Will you be picking up any of August’s new LEGO sets? Which ones are your favourites? Let us know in the comments below.

At last! A brand new LEGO Castle. This is a celebration of LEGO’s 90th Anniversary, recreating the classic LEGO Castle range that we all loved. You can read more about it here.

The next car in the long-running series (previously Creator Expert, now Icons) is here. It’s a Chevrolet Camaro Z28, and it can be built one of two ways. Have a hard top, or take it off for a convertible experience. It also features steering, opening doors and more. You can read more about it here.

For retro gaming fans, this one is a must-have. Following in the footsteps of the NES, it’s a brick-built Atari 2600 console, featuring three cartridges, a joystick, and a hidden Easter egg scene. We never even had an Atari, but we still love it.

Here’s another set celebrating LEGO’s 90th Anniversary. This time, it’s a recreation of the iconic 70s Galaxy Explorer. Or, if you’re a little younger, you might recognise it as the basis of Benny’s Spaceship in The LEGO Movie. This is of course more detailed than the original, but it very much captures its magic.

LEGO Art is getting smaller. This half-size canvas lets you create one of three colourful flower designs. And of course, being half the size means it’s (almost) half the price, too. It’s a steal, if we’re being honest. And we think the colours here lend themselves perfectly to you creating your own designs.

A modular-scale Sanctum Sanctorum has been high on our wishlist for some time, and finally we can get our hands on it. It’s a wonderful recreation of Doctor Strange’s home, featuring many iconic scenes from the films. Read more about it here.

First, we had the Infinity Gauntlet. Now we’re getting the Nano Gauntlet. It features poseable digits, a display stand, and six Infinity Stones. It’s made up of 675 pieces and measures over 12 inches in height. Read more about it here.

First up is LEGO Star Wars 75323 The Justifier, a recreation of bounty hunter Cad Bane’s imposing starship. It features details like a rear engine that folds down for landing, spring-loaded shooters on its wingtips, a ‘laser’ jail cell, and a detailed cockpit.

The LEGO Star Wars 75337 AT-TE Walker has a heavy blaster cannon that can rotate a full 360 degrees, as well as two detailed cabins that can house up to seven minifigures. What’s neat is that it also has a detachable minifigure cockpit and am extendable handle to make carrying it around easier. It is 44cm long, 19cm high and 24cm wide, after all.

From Jedi: Fallen Order comes BD-1, the latest droid to get the LEGO treatment. He features moving parts, a posable head, and comes with a UCS-style information plaque. Read more about it here.

This ship feels rather expensive for what it is, but we have a feeling this is going to be one of those that looks quite a bit better in real life than it does in the pictures. The ship features an opening cockpit, revealing a detailed interior with room for minifigures to sit. There’s also a rotating stud shooter, and a separate speeder bike for minifigures to whizz around on when not in the air.

There’s a good chance that Obi-Wan Kenobi’s Jedi Starfighter looks familiar to you. We’ve had several of them throughout the years, from 2017’s Jedi Starfighter with Hyperdrive (75191), to 2011’s UCS version (10215). We’ve had other Starfighters in different colours, too, but this is the first time we’ve had a budget playset of Obi-Wans. What will be particularly interesting to collectors is the inclusion of the Taun We minifigure: it’s the first time they’ve appeared in minifig form.

If you’ve seen Disney+’s Obi-Wan Kenobi series, you’ll recognise this harrowing scene between Obi-Wan and Darth Vader. While it’s been criticised for being… a whole lot of grey, it’s also the only set with a minifigure of NED-B.

Peach’s Castle is set to take the place as the biggest (and most expensive) LEGO Super Mario expansion to take. But it’s understandable; this is a gorgeous-looking castle, and contains plenty of playable elements. It features several buildable Mario characters too, including Bowser, Ludwig, Toadette, a Goomba and a Bob-omb.

If you want to have the electronic Princess Peach figure in your collection, this is the only way to get her. Just like Mario and Luigi, she’ll be able to interact with all past and future LEGO Super Mario sets, with her face and belly screens reacting to her environment. She’s a little weird looking, if you ask us, but sort-of cute. And the starter course also includes some new characters – Lemmy and Yellow Toad.

Big Spike’s Cloudtop Challenge has to be one of the most fun LEGO Super Mario expansions to tag. We just love the big built model of Big Spike, the green frog. And those plant stalks leading up into the clouds are adorable – they look like brand new elements to us.

While this one feels a little expensive for the size, Fuzzy Flippers is still pretty cute. It looks like the two flippers actually move, sending the Fuzzies up into the air. It makes us long for a pinball game made out of LEGO if we’re being completely honest, but that’s us going off on a tangent…

Last but not least is this adorable Goomba’s Shoe Expansion Set. It’s only £8.99, so there’s not too much to it, but we love how cute this shoe is. We imagine the wind-up detail on the side is decorative only, but it’s a nice touch.

We’re always happy to see a new set featuring Yoshi front and centre. This one makes a great addition to Yoshi’s House which was part of the first wave of LEGO Super Mario sets. It’s rather adorable thanks to the iconic rounded trees, and the inclusion of Monty Mole.

Here’s another fairly sizable Super Mario expansion set, and it looks fantastic. This might be one of the tallest sets yet, with its turret towering over most other expansion sets. It also includes a cat suit for Princess Peach – like the Power-Up Packs previously sold separately for Mario. The Cat Goomba might just be our favourite part, though.

For fans of Mario enemies, this is the set for you. There’s an oversized Goomba, a Big Koopa and Iggy. Of course, there’s a number of blocks to interact with as you make your way around it, too.

Dom’s Dodge Charger from Fast & Furious has already had the Technic treatment. Now it’s been turned into a Speed Champions car, too. We love the amount of detail here, and the Dom Toretto minifigure is the perfect accompaniment.

Made up of just over 2,000 pieces, the Airbus H175 Rescue Helicopter measures 72cm in length and 24cm in height. That’s one big helicopter.

It also has motorised features: an included motor makes the blades and tail spin. There’s also a retractable landing gear, a winch and a spinning replica engine. That’s a lot of moving parts, then. On top of that, the cockpit door opens and closes, and the passenger door slides.

The Material Handler is also rather pricey, coming in at £104.99, but this is another large set. It’s 33cm high and 40cm long. While this one doesn’t support motorised functions, it does make use of Technic pneumatic functionality. Its arm will move, with a reach of 35cm, and the grapple hand will open and close. The arm itself can rotate 360 degrees while the cab elevates, and the whole vehicle can be steered.

Despite only being 422 pieces, this set packs in quite a lot of detail. There’s a zombie hunter’s home with a bed, table and torches, a zombie villager workplace, a campfire and an armor stand.

This perfectly-formed dungeon looks small, but again packs in plenty of detail. There are four minifigures, a treasure chest filled with goodies, and a cage, all waiting to be explored.

Called the Back-to-School Project Box, it combines the freedom of design that LEGO Dots offers alongside adorable Mickey and Minnie Mouse branding. What more could you want? The front of the box shows of five specific projects: bag tags, a small chest of drawers, a photo frame, a card holder and a clothing patch. You can build any of these, or go completely creative and make your own design from scratch.

There’s enough to make five bracelets in this Mega Pack: perfect for friends getting together over the summer holidays. Since it’s Disney-themed, it’s packed with cute Minnie and Mickey motifs.

Turn yourself into an FC Barcelona player! This BrickHeadz set comes with lots of different accessories to allow you to create practically any character you want, including different skin tones, hair colour and more.

This is the same as above, but rather than a Barcelona kit, it features a Manchester United kit. Again, you can customise a figure with a range of skin colours, hair styles and accessories.

Everything you need to build Darth Vader and Obi-Wan Kenobi. Complete with lightsabers and all the details you’d expect. A must-have for any Star Wars fan, we’d expect.

New entries to the BrickHeadz Pets range are coming. The first is a pair of Koi fish, suspended via blue ‘water’ towers, and packed with colourful detail.

This poodle pair are adorable, and come stood next to a lamp post to give them a Parisian feeling. Because you can’t have poodles without a French influence, can you? 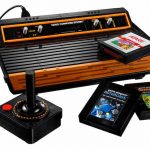 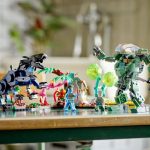