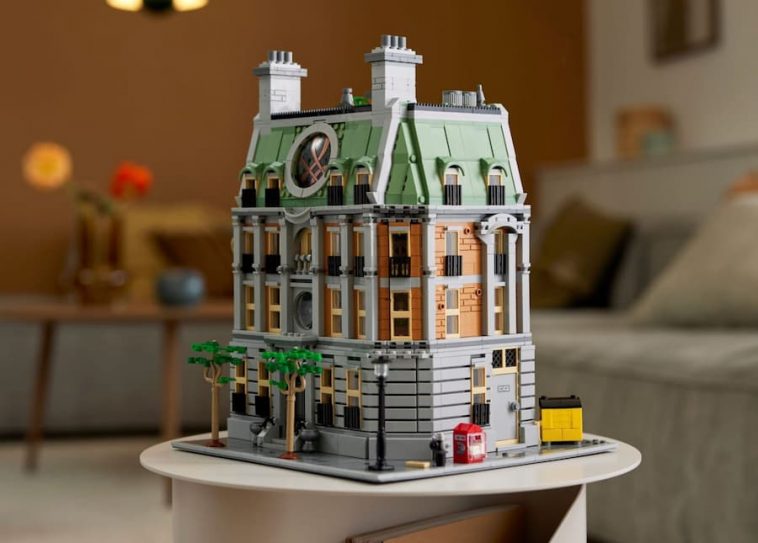 It’s been heavily rumoured, but it has finally been announced: a large, 18+ LEGO Marvel Sanctum Sanctorum was unveiled during yesterday’s LEGO CON stream. And it looks incredible.

We’ve had a decent Sanctum Sanctorum model before, of course. 2018’s Sanctum Sanctorum Showdown, made up of just over 1,000 pieces, had a fairly detailed model of Dr. Strange’s iconic home, complete with a hinged opening revealing a full interior. The new one, however, LEGO Marvel 76218 Sanctum Sanctorum, is on a whole other level.

Designed to exist as part of LEGO’s existing Modular range, this can be placed alongside the Brick Bank, Cinema, Diner, Boutique Hotel and suchlike. It’s built to the same scale, featuring connectors in the same place so you can join it to the rest of your Modular collection.

Of course, it looks fantastic just by itself. Split into four separate levels, there’s the ground floor, the upper floor, the attic and the roof. Each area packs in plenty of details, including:

The set contains nine minifigures: Doctor Strange, Wong, Iron Man, Spider-Man, Ebony Maw, Master Mordo, Sinister Strange, Dead Strange and The Scarlet Witch. They all come with a range of accessories, perfect for recreating a number of scenes from the movies.

LEGO Marvel 76218 Sanctum Sanctorum will be available from 1st August, priced at £214.99/$249.99. Will you be adding this to your collection? Let us know by commenting below.

If one giant set coming out at the beginning of August isn’t enough for you, LEGO has also revealed a 4,500-piece Lion Knights’ Castle. Check that out here. 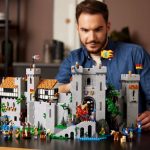 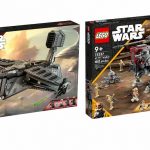