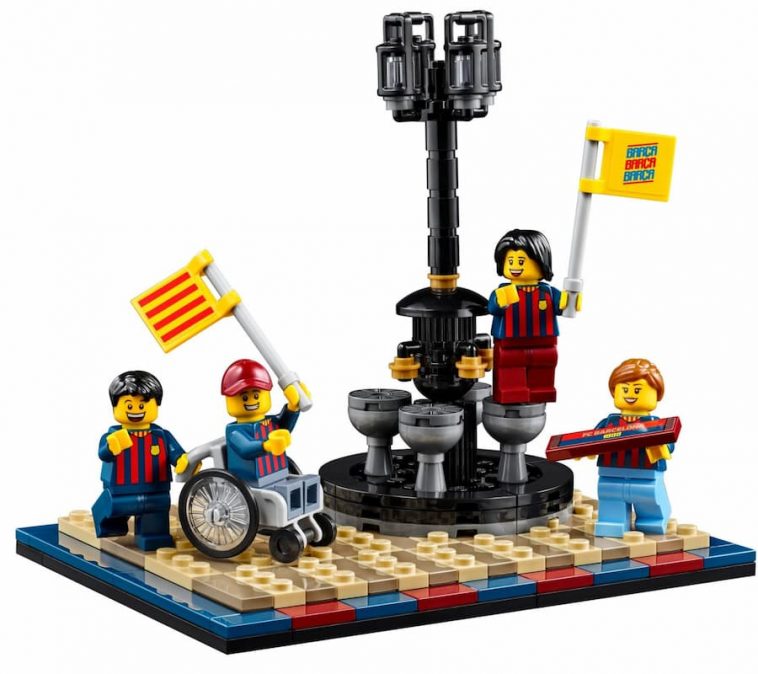 This weekend, reports of LEGO sets celebrating FC Barcelona have circulated around the internet. And today, LEGO has added some credence by posting a short teaser video on Twitter showing Barcelona’s stadium. Made out of LEGO. Hmm.

While from this tease alone it could be quite hard to ascertain what the set will be, other LEGO sites’ reportings make it rather clear. It looks like we have in fact two FC Barcelona-related sets to look forward to; a ‘Camp Nou’ stadium set, and an ‘FC Barcelona Celebration’ free gift set.

Let’s talk about Camp Nou first. Following on from the release of Manchester United’s stadium, it makes sense that LEGO would do similar sets for other football clubs. Promobricks.de has published a picture of LEGO 10287 Camp Nou, showing the set in all its glory. It’s an 18+ branded set, made up of 5,509 pieces, and just like LEGO 10272 Old Trafford, it’s a detailed replica of Barcelona’s stadium.

Now, the FC Barcelona Celebration set (LEGO 40485) has been leaked by LEGO itself, with a listing appearing on the Australian version of LEGO.com. It’s a free item, so will be given away as a gift with purchase. It shows five fans, all kitted out in FC Barcelona shirts, celebrating around a statue. It’s likely that for a limited time, you’ll get this set free when purchasing Camp Nou.

With LEGO teasing the sets, it’s likely both will be officially unveiled in the next day or so; LEGO never wait long before fully unveiling a tease. It’s likely both sets will be available very soon too – it could be as soon as Wednesday, with that being 1st September. Or it could be a little later in the month. We’ll soon find out, and we’ll update with a new post once these are officially announced by LEGO. 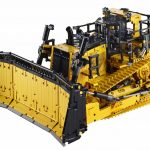 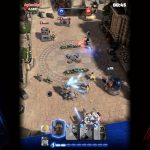