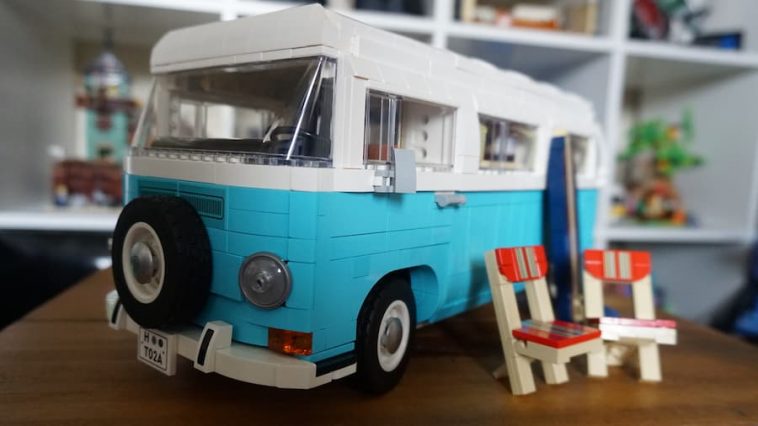 I was very excited to get my hands on LEGO’s new Volkswagen Camper Van. Bigger and more detailed than the first, it looks to be the perfect companion piece – and a must-have for any fan of LEGO Creator Expert vehicles. But while there’s no denying that the finished model is gorgeous, the actual building process has given me much pause. Read on to see my thoughts – and woes – about LEGO 10279 Volkswagen T2 Camper Van.

There’s a total of 21 bags in LEGO 10279 Volkswagen T2 Camper Van. They’re numbered from 1 to 11, with one final unnumbered bag containing the wheels and the windscreen. (A nice idea to keep this separate, to reduce scratches from other bricks.)

A 330-page instruction booklet is also included, with a nicely illustrated preface giving some background information on the real-life Camper Van and a foreword from the set’s designer. And finally, there are two sheets of stickers; one smaller sheet for necessary detail, and a second, larger sheet that allows you to add your own ‘psychedelic’ decal, if you so wish.

Since this isn’t a minifigure-scale set, I’m sad to report that no minifigures are included.

I’ll cut to the chase straight away before I get into the nitty-gritty details of putting LEGO 10279 Volkswagen T2 Camper Van together: never before has constructing a LEGO set given me so much grief – and I’ve put together a lot of LEGO sets. The entire construction feels flimsy; several times I had to completely rebuild certain sections because they’d just fall apart as I was adding bricks elsewhere. It had me questioning my own abilities – I’d never experienced frustration to this extent before, so surely I must have built something wrong down the line? Seemingly not; for various reasons, this is a very delicate, precarious build.

It really is a shame, because between the moments of frustration, there are some truly innovative sections. There’s a incredible amount of detail; if you’ve put together the now-retired T1 Camper Van you might expect a similar experience, but completely different building techniques are applied here. There’s a sliding door, which pops open by pressing a button underneath; a wonderful touch by itself. And there’s a fully-fitted kitchenette inside the van, which is utterly delightful. There’s a stocked fridge and a stove top with a kettle sat upon it – open the cupboard underneath, and you’ll even find a bottle of gas which is powering it.

The designer hasn’t spared any detail, which makes exploring the nooks and crannies of LEGO 102079 Volkswagen T2 Camper Van an absolute delight. Even the ancillary builds that come alongside it – a surfboard and two folding deckchairs – are wonderful.

But to allow for many of these excellent details, some unusual building techniques have been employed. There’s an awful lot of side-building here, and layering on top of studs-not-on-top (SNOT) bricks. Initially, this made for a fun experience – I always enjoy putting together unorthodox builds – but it soon becomes apparent that the use of these methods makes for a not-so-sturdy final model.

Both the rear end and front end of the vehicle gave me exceptional difficulty. I ended up building sections of them more than once, believing I must have made a mistake. No mistakes were made – they simply don’t hold together very well. The problem is, particularly with the front of the vehicle, that chunks are often built independently, then attached to the whole model. Putting pressure on the build to ensure these are securely in place means that other parts start to break. Nothing ever feels truly secure; constantly having to fix a previous section while you’re trying to build a new section doesn’t make for a fun experience.

If you manage to get through the entire build though, you’re left with a stunning vehicle – albeit one you’re probably going to be scared to touch, for fear it might just crumble in your hands. Suffice to say, it’s much more eye-catching than the T1 Camper Van, in my opinion anyway, and the additional detail in the interior really adds a wow factor.

Being an 18+ ‘LEGO for adults’ model, it’s safe to say that LEGO 10279 Volkswagen T2 Camper Van is designed to be purely a display-only model. That said, the moving parts make this an attracting playset for younger hands. There are opening doors, a sliding side door, an opening boot and rear door, and an extending roof. Then there’s the kitchenette with opening cupboard doors and back set that folds down into a bed. There’s even working steering, which can be controlled by the steering wheel or by turning the spare wheel on the front of the van. All of that makes for a set that begs to be moved around and played with.

But the flimsiness of this set means that there’s absolutely no way it could handle any sort of extended fiddling. This is a set that, when built, needs to go in a display unit, preferably behind glass, and never to be touched again. It’s a real shame, because its moving functions deserve some love. I just daren’t give them it.

Right off the bat, you’re facing the fact that this costs almost twice as much as the now-retired Volkswagen T1 Camper Van. Immediately, that’s going to turn a lot of people off. In terms of piece count and size, though, the price of LEGO 10279 Volkswagen T2 Camper Van feels fair. It’s very much in line with what we’d expect from a modern Creator Expert set of its size.

But considering the issues I faced while building, this is a hard set to whole-heartedly recommend. Yes, it looks fantastic when finished – but the joy of LEGO should be in the build itself. There wasn’t much joy to be found thanks to all the frustration, unfortunately. If you’re a huge Volkswagen Camper Van fan, you’ll probably want this anyway for the finished model. But if you’re simply looking for a new LEGO build, there are much better, and more enjoyable, sets out there. That’s a hard pill to swallow when you’ve spent £150 on something, but there we are. 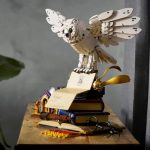 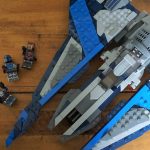