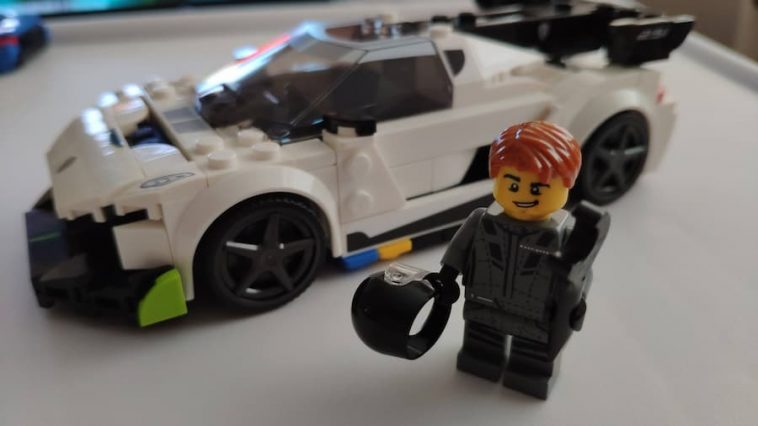 LEGO’s Speed Champions series continues to expand, allowing car fanatics to own some of the world’s fastest and most sought-after vehicles albeit in brick form.

The Koenigsegg Jesko is just one of the cars available in the latest wave; a twin-turbocharged monster that most of us will probably never actually be in the presence of in real life. It somewhat makes comparing LEGO’s replica of it to the real thing a tricky thing to do. But from pictures it looks like they’ve done a good job. And as ever, it’s a wonderful little machine to build.

Being a small £17.99 set, there’s not much. Inside there are three bags; two large ones  numbered one and two, and a small unnumbered one which contains two sets of wheel trims. There’s also a small sticker sheet with some 20 stickers on it, and an 80-page instruction book. So, nothing out of the ordinary.

Starting with bag one, you first build the single minifigure included with this set. This gentleman driver wears a grey racing suit and comes equipped with a spanner. Also, it’s up to you whether he wears his helmet or not. A hair piece is provided if you opt for his au naturel look.

After finishing the minifig you move onto building the main attraction: the Koenigsegg Jesko. It all starts with the rather large base, which you expand upon. With the contents of bag one you’re building the back end of the vehicle, and there’s excellent use of bricks to deliver a contoured body and and plenty of wonderful detail. You need to be careful, however, as there are numerous flat 1×1 bricks in the mix with printing on one side. why LEGO would choose to print such a tiny little detail I don’t know, but one is used to give the rear of the vehicle some pizazz. Of course, stickers are used to provide the majority of the car’s detail, however. And as ever, they can be quite fiddly to apply.

With the back end of the Jesko built, it’s time to crack open bag number two and finish the build. The front end of the model isn’t quite an entertaining to build as the back – it’s just a bit simpler, you see. Still, by the time you’re done you’ll be impressed by the detail that’s been achieved on such a small model. It’s a shame you can’t really open the bonnet though, even though it’s connected by hinges; for some reason there’s a green meat cleaver under there.

The final touch is putting the wheels on the thing. Those that have built a Speed Champions model before will be surprised to find that the wheels are now a singular piece – you no longer have to force a rubber tyre on a inner plastic rim. the tyres do still have a little sponginess to them, however. Attach one of the two sets of wheel trims to the tyres, and you’re all done.

The LEGO 76900 Koenigsegg Jesko can be either a play or display piece if you want. Ever since LEGO revitalised the range last year, Speed Champions sets are now much more Creator-like, with more accurate details and proportions. Needless to say, we can imagine lots of car fans collecting these and displaying them in cabinets or on shelves. But on the other hand their inexpensive nature makes them perfect for younger LEGO fans, and thanks to working wheels they can drive around on surfaces. So, take your pick.

Like all Speed Champions sets, LEGO 76900 Koenigsegg Jesko is excellent value for money considering how many pieces you get for the price. Ultimately though, whether you should rush out and buy it depends on how much you want a replica of this limited production track car. With only 125 of the real thing made, this LEGO recreation is much easier to get hold of, and a heck of lot cheaper, too. And it has to be said that it’s very nice looking. 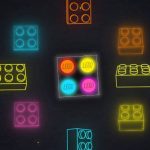