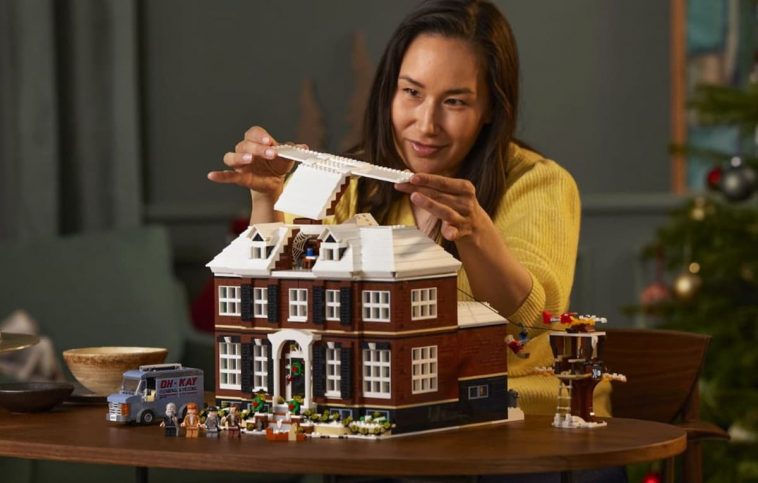 We’ve known it was coming for some time, but LEGO has finally lifted the lid on LEGO Ideas 21330 Home Alone. And, needless to say, if you’re a fan of the classic holiday movie, you’re going to want to get your hands on this. It looks fantastic.

Let’s get the most painful part out of the way first: this isn’t a cheap set. LEGO Ideas Home Alone will set you back £229.99. But for that you get 3,955 pieces, making this the biggest LEGO Ideas set yet. In context, that’s £90 cheaper than the next-biggest Ideas set, the Grand Piano (granted, that does include power functions). And it’s only £50 more than the Tree House, despite being more than 900 pieces larger. Ultimately, then, we think it’s pretty good value.

It’s even better value when you see just how much detail is packed into the set. Many of Home Alone‘s key moments have been recreated, such as the swinging paint cans, the treehouse complete with zipline, a light-up basement furnace, and an iron that drops from the ceiling.

And, rather than having to disassemble the building to see inside, as you often have to do with Modular creations, the front walls fold outwards, allowing for a clear cutaway view of all the rooms inside. Whether you’d want to play with a £230 set is up to you, but it’s nice the option is there. With so many functions and so much internal detail, it’s almost a shame if it goes untouched.

The set comes with five minifigures: Kevin McCallister, Kate McCallister, Harry, Marv and ‘Old Man’ Marley. As you’d expect, they’ve been created beautifully, and each of them are instantly recognisable.

LEGO Ideas 21330 Home Alone will be exclusive to LEGO stores and LEGO.com, and you can pick it up from 1st November. More pictures are below. Will you be adding it to your collection? Let us know in the comments. 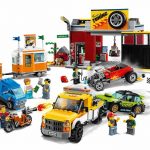 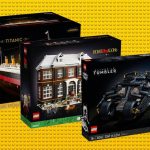