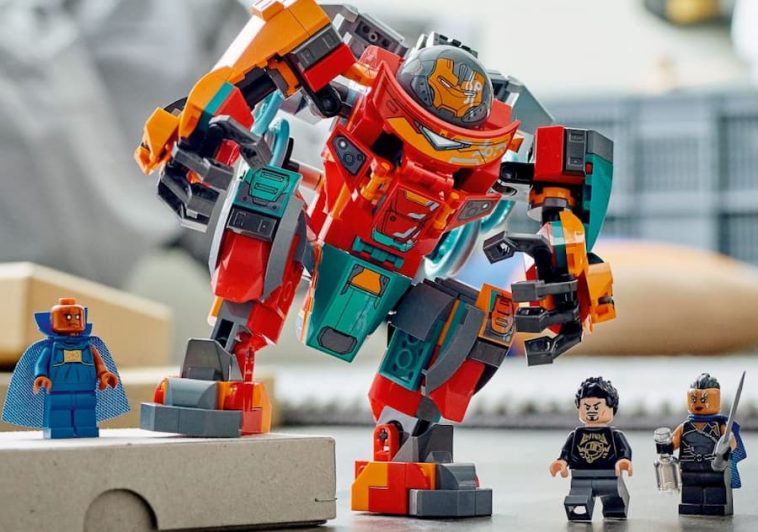 LEGO has added a range of upcoming LEGO Marvel sets to its website, with some releasing in August and some releasing in October. They cover a range of new and existing Marvel properties, from Shang-Chi, to The Infinity Saga and What If…?. Let’s dive into the new sets, shall we?

We love a good LEGO dragon. This one’s particularly striking with its red and white design, and we like how it comes with a water base, perfect for displaying.

This model of the four-winged Sanctuary II ship comes packed with play features: there’s a cockpit that opens up to reveal a pilot seat, firing cannons, and even the Infinity Gauntlet hidden in the cargo hold.

This rather chaotic playset sees Spider-Man and Doctor Strange come together in a scene from Spider-Man: No Way Home. There’s a buildable backdrop, packed with lots of detail, and a giant bug monster.

Here’s another scene from Shang-Chi and the Legend of the Ten Rings. It’s a vehicle chase, complete with a yellow car, two motorbikes and some sort of cannon.

Tony Stark loves a good Iron Man mech. This one is from the upcoming Marvel anthology series, What If…?. The super-cool thing about this mech is that it can be rebuilt into a car – almost like a Transformer.

Here’s another set from Spider-Man: No Way Home. This time, it’s a LEGO Juniors set, aimed at builders aged four and above. It features a small car and a disc-shooting drone. The minifigures are surely the highlight here.

Here’s a scene from Spider-Man: No Way Home that features Spider-Man facing off against Vulture. It features an oversized buildable drone, complete with loaded turrets ready to fire studs.

This isn’t the type of set you’d associate with LEGO Marvel, but we love it. It’s ‘Bro Thor’s bachelor pad, complete with pizza boxes, a TV and general untidiness. It’s completely different from any Marvel set so far, and for us that makes it a day one purchase.

Here’s another one from the upcoming What If…? series. If you like mech builds, this one is for you. There’s room for a minifigure to sit and ‘pilot’ the mech, which can be posed and moved in a variety of ways. 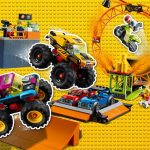 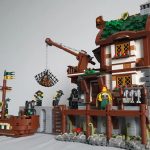