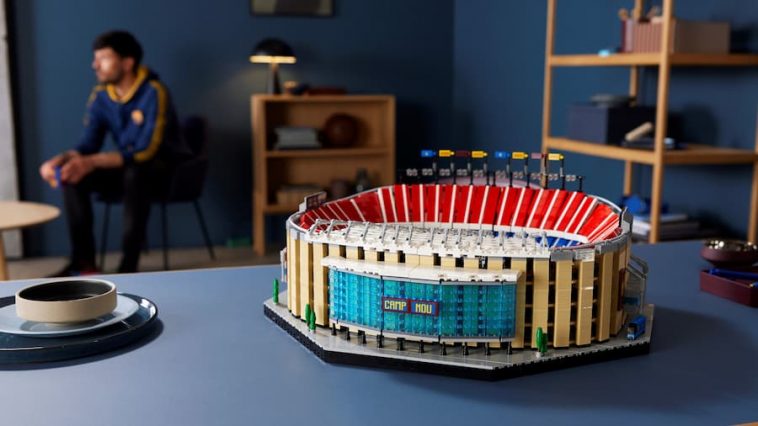 Surprise! That FC Barcelona set that was teased (and leaked) earlier this week has materialised – and it’s available to buy right now. LEGO 10284 Camp Nou – FC Barcelona is a replica of the Spanish team’s home ground, complete with pitch, stadium and seats. And even a little bus parked outside of the stadium. If you’re a football fan, and got a kick out of building Old Trafford a couple of years ago, then you’ll undoubtedly be interested in this one too.

It’s a huge set – 5,509 pieces in fact. It’s very big too – it’s 49cm wide, 46cm deep and 20cm tall. You’re going to need a rather large shelf to store it on once it’s built. It’s an eyecatching piece though, especially if you are indeed a Barca fan.

A set this big of course comes with a hefty price tag: LEGO 10284 Camp Nou will set you back £299.99. That’s £50 more than Old Trafford – though it’s also more than 1,500 pieces larger than Old Trafford. Looks like we’re going to have to update our biggest sets of all time list, as this one has just earned itself a place in the top 10.

If you’re a VIP Member, buying Camp Nou will also net you the free FC Barcelona Celebration set, which we revealed here. The free gift is only available until 12th September, or while ever stocks last, so we’d recommend acting fast. It’s a rather nice freebie, and since it’s only available with this one set, it’ll be rather exclusive. 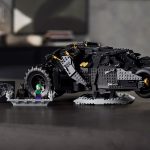