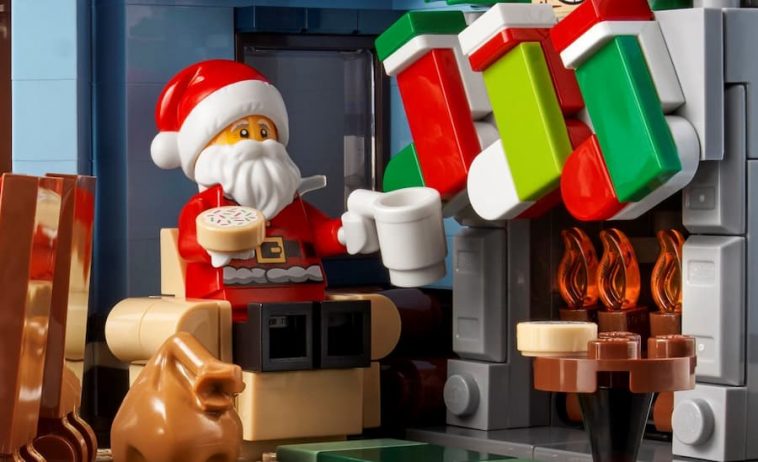 With LEGO unveiling this year’s flagship Christmas set – the 1,500-piece Christmas High Street – it’s had us thinking about all the Winter Village sets that have come before it.

You see, since 2009, LEGO has been releasing a flagship Christmas set as part of a Winter Village Collection. From Christmas-themed trains to Santa Claus’ house, we’ve had a range of beautifully designed festive-themed buildings. Each and every one of them is fantastic in its own way. And so we’ve rounded them up, starting with the earliest from 2010, to take a trip down a Christmassy memory lane.

Here’s every LEGO Winter Village set releases so far from 2009.

The first LEGO Winter Village set came out way back in 2009, a time where an 815-piece set cost just £44.99. Ah, those were the days. And look at the amount of minifigures included here! The Toy Shop didn’t feature a back, but its interior was nicely decorated, featuring tiny toy models, a shopkeeper’s till and more. The real focus, though, has to be on that impressive giant Christmas tree and the wonderful festive decorations on the building’s exterior.

The Winter Village Bakery is a little smaller than the Toy Shop, but still just as delightful. Of note here is an iced-over pond, complete with decorations, and a horse and cart used to transport recently-felled Christmas tree. There’s a wonderful olde-world vibe here, and it captures the magic of Christmas beautifully.

Whereas the previous two Winter Village sets were around for two years, the Winter Village Post Office was only around for one, making it one of the more sought-after sets. We love the retro-styled post van, and the building here may be one of the most charming. Its dual roof complete with snow detail looks fantastic, and its rounded bay window is filled with character. Of note are the musical instruments being played by a couple of the minifigures.

With 2012’s Winter VIllage Cottage, the size of the Winter Village sets saw a huge jump. We’ve gone from around 800 pieces to just short of 1,500 pieces, and of course a price jump comes with that too. The Cottage is deeper than any building that came before it, offering more space for a more detailed interior. There’s a kitchen and living area on the ground floor, both with fully-tiled floors – and a light brick allows the fireplace to glow realistically.

Similar to the Fairground Mixer, the Winter Village market is made up of several stalls, with the centrepiece being a wonderful revolving carousel. This set is full of life, and will add a fun focal point to any Winter Village setup.

This is the first LEGO Winter Village set in a few years to have a two-year life span, which has since become the norm for the range. Santa’s Workshop is the first set of the series to actually contain a minifigure of Santa, and he’s accompanied by a sleigh and four reindeer. Undoubtedly the focal point of the set – although the Workshop building itself and the army of elves is delightful too.

Here’s our first re-release of a LEGO Winter Village set. This is a re-release of 2009’s Winter Village Toy Shop, with only a few cosmetic changes being made. The wreathes on the building are made with more appropriately-shaped bricks, for example, the minifigures are better designed bodies. But if you’d already purchased the older set, there’s nothing here really worth upgrading for.

We’re getting more recent now, with the Winter Holiday Train only retiring three years ago. This train, complete with four carriages, simply screams Christmas. It’s compatible with standard LEGO track, and although it’s not motorised, power functions could easily be added, with room for an engine inside the coal store.

It makes sense to follow up the release of the LEGO Winter Village train with a station. The building is perhaps not as eye-catching as Winter Village buildings that came before it. But it makes a wonderful addition to the train, and we love the holiday-themed shuttle bus that comes with it.

Perhaps one of the more obscure additions to the LEGO Winter Village is the fire station. It’s reminiscent of the old Modular fire station, though of course with additional Christmas decorations. We love the retro fire truck, and the wonderful fountain. Inside the Fire Station you’ll find a fireman’s pole, a break room, pull-down sleeping quarters, and room for the fire truck to park.

The Gingerbread House is rather unlike any other building from the LEGO Winter Village in that it’s completely fantastical. But it looks simply wonderful. More than any other set, this one can exist on its own as a lovely Christmas decoration. It comes with two gingerbread minifigures, and there’s a wonderfully detailed interior – even including a bath and toilet. We’re not sure gingerbread men should be taking baths, though.

This is the first of three LEGO Winter Village sets that’s still currently available. The Elf Club House is a quirky, delightful building complete with a triple bunk room for your elves to sleep, and a little workshop for them to get busy in. The Christmas tree here is beautifully designed, and the mini reindeer sleigh is a nice touch.

Last year’s LEGO Winter Village set has a striking resemblance to 2012’s Winter Village Cottage, but this is a whole new set rather than a re-release. It has perhaps one of the most detailed interiors of any Winter Village set to date, complete with a gorgeous dining table, a fireplace with hung stockings, and a Christmas tree surrounded by presents. Oh, and there’s Santa, ready to sneak down the chimney.

We’re really happy to see the price of 2022’s LEGO Winter Village set remain at £89.99, even after a company-wide price hike this year. For a 1,500+ piece set, it offers wonderful value – and we absolutely love the look of this set. With two buildings and a tram car, it looks rather substantial. Each building has interior details too, such as a full music shop interior, a toy shop, and two apartments above. The tram cart looks wonderful, complete with a wreath and additional holiday decor. 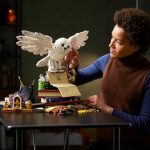 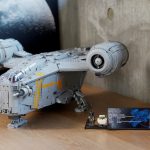