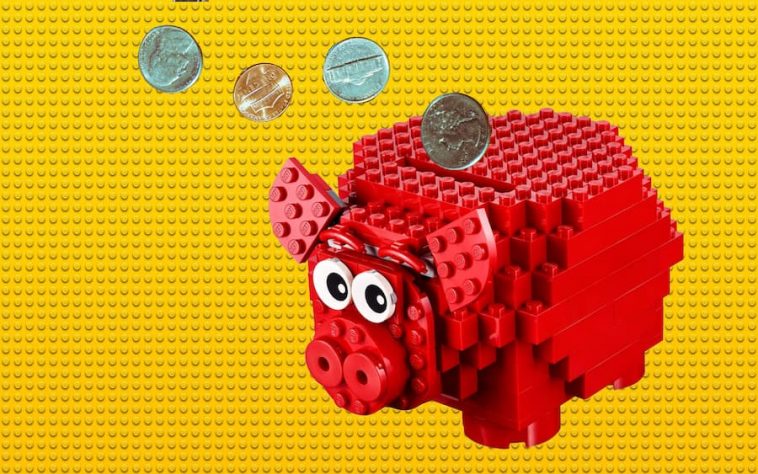 Just like us, you’re addicted to LEGO. And you want to find the best deals, or pick up cheap LEGO. Where do you even start?

LEGO is typically expensive. And if you’re entering into LEGO building as a new hobby, one thing is for sure: it’s going to cost you money. However, there are plenty of ways to get the best deals on LEGO and to pick up your favourite sets as cheap as possible.

We’ve been buying LEGO for years, and we never pay 100% RRP for a set. You don’t need to, either! Read on to find out six ways you can save money on LEGO and bag the best deals. They’re all easy. If you’re not following these tips, you’re missing out.

1. Save money on LEGO: become a VIP member

LEGO has a loyalty scheme, known as VIP. It’s free to join, and if you plan to buy LEGO from the LEGO Store (either physically or online), it’s worth signing up.

You’ll get some exclusive freebies along with your purchases from time to time, which is a nice perk. But the main draw of LEGO VIP is the fact that you earn points every time you spend something. Roughly, for every £100/$100 you spend, you’ll get £5/$5 back in points.

Better yet, every month a couple of sets will nab you double points, with regular double point events across everything in the store. If you buy a lot of LEGO, those points adds up. You can use them to redeem cool rewards, or simply take money off your next purchase.

Sign up to LEGO VIP by heading to the Rewards Center.

This one sounds a little obvious, but it’s often overlooked. Before buying a LEGO set, make sure you shop around. Different stores have different offers on all the time, and you can save money by looking for the best deal.

LEGO itself rarely discounts sets, unless they’re close to retirement. But third party retailers do. In the UK, stores like Smyths Toys and GAME often have 20% off LEGO sets. In the US, you’ll often find details at Walmart, Amazon or Costco.

Make sure you check out every store that might stock the LEGO set you’re looking for before settling on where to buy it. If you’re buying online, remember to consider any shipping fees too.

If the set you’re looking for is brand new, it may pay to wait a few weeks. You can often find the best LEGO deals once a set has been out for a while. Unless you absolutely need it right away, waiting for a few weeks can save you $$$.

3. If you’re buying a LEGO-exclusive set, wait for a freebie (or double points)

As we’ve already said, the LEGO Store rarely does a good sale. You might find the odd discount on a special event, like Star Wars Day, Black Friday or Christmas. But the rest of the year? It’s unlikely.

But there are lots of sets that are exclusive to the LEGO store that will never get reduced below RRP. How do you get the best deal on those LEGO sets? Well, there are a couple of ways.

First, make sure you’re a VIP member. As we’ve already said, being a VIP member will get you roughly 5% of a purchase back in points. That means you’re instantly saving around 5% of the RRP of a set.

Secondly, being a VIP member means you’re entitled to extra perks. If you can wait a while, don’t buy the set until LEGO has a good offer on. In other words, wait until there’s a double VIP points event (where you’ll get 10% back in points instead of 5%), or until there’s a free gift.

Wait – a free gift? But I want to save money, not get more LEGO, you say. Hear us out. Those free gifts that LEGO give out are usually exclusive. That means they can be quite valuable on the second-hand market. Selling them on eBay is a great way to get some money back on your purchase.

Take this LEGO Jane Goodall Tribute for example, a free gift earlier this year. It’s sold on eBay for over $50! Some free gifts have sold even higher than that.

So: to find the best LEGO deals, wait until the LEGO store has a good freebie. Sometimes there are even multiple free gifts to have in one transaction, if you’re savvy.

Even if you don’t like the idea of buying used LEGO, it’s worth checking eBay. Lots of people sell brand new, unopened LEGO. And if you’re a wise eBay user, there are great LEGO bargains to be had.

Keep an eye on the ‘newly listed’ tab of Buy It Now LEGO sets. You might grab a bargain if a seller wants a quick sale, or simply isn’t aware of the resale value of their set.

If you don’t mind a set that’s already been built up, buying second-hand could be a good way to save some money, too. Especially if you’re not bothered about having a box. Collectors are very keen on item condition being pristine, which means Lego sets without boxes often go much cheaper. If you’re more into building and displaying than simply collecting, it could be a good option.

It might not be the 90s anymore, but that doesn’t mean that free ads and classifieds aren’t worth checking out. If you live in a smaller town, your local listings might be limited. But in bigger cities (or if you’re willing to travel) it’s definitely worth keeping an eye on Facebook Marketplace and the like.

LEGO is immensely popular, and that means more and more people are buying – and selling. Buying LEGO on Facebook Marketplace or Craigslist can be a great way to pick up a bargain. People selling here are typically looking to sell things quickly, and there’s usually room for bartering. Just don’t be too cheeky, and you could pick up a great deal.

6. Keep an eye on our DEALS section

Did you know That Brick Site has its very own deals section? We regularly post the best LEGO deals that we find. We love to share the best deals with our readers. So be sure to check in often to make sure you don’t miss out.

You’ll find our deals right there in the sidebar, or simply click here to go to our dedicated LEGO deals page. 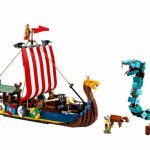 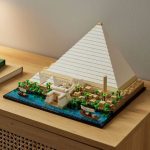