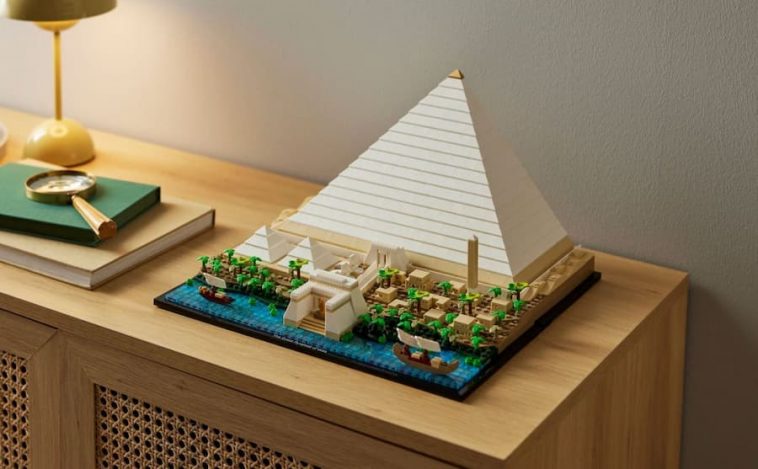 LEGO has just revealed a brand new Architecture set: the Great Pyramid of Giza. It’s slightly different from other LEGO Architecture sets that have come before it, and that may just be the reason why we love it so much.

Pretty much every LEGO Architecture set so far represents a building or a landmark as it looks today, in the modern world. Whether it’s the Taj Mahal, The White House or the Great Wall of China, each set represents exactly how those landmarks appear today. But not this one. LEGO 21058 Great Pyramid of Giza takes us back in time to 26th Century BC and imagines how the pyramid might have looked when it was brand new.

The result? It’s rather incredible.

There’s an outer white shell on the Great Pyramid, which can be lifted off to reveal an interior. While there’s no mummified Pharaoh inside, there is a pulley system and various tools on display.

Around the pyramid are a number of smaller structures, a grand entrance way and a slice of the River Nile, complete with boats and trees. The whole thing looks fantastic.

However: despite that size, this set is only half of the pyramid. The back of the Great Pyramid of Giza is simply flat; a wall showing a crack down the back. If you want a complete pyramid, then you’ll need to buy two sets and connect them together. A little cheeky from LEGO? Perhaps – but as a display piece, you’re only ever really going to see one side of it, so it isn’t the end of the world.

Will you be adding the Great Pyramid of Giza to your collection? Let us know by commenting below! 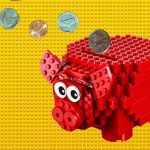