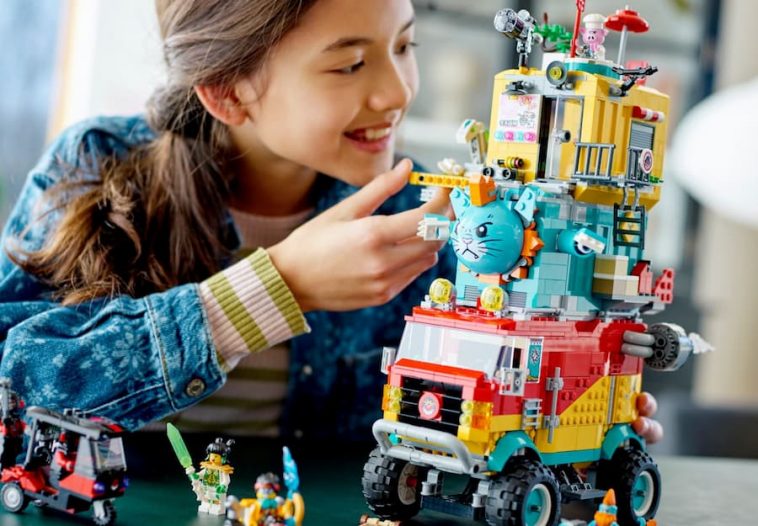 LEGO’s Monkie Kid range continues to surprise us. We’ve had truly original builds like the freight ship-based Team Secret HQ, and the sublime Legendary Flower Fruit Mountain. We didn’t think it could get any better than January’s fantastic City of Lanterns, but it looks like we’re being proven wrong. LEGO has just revealed three new Monkie Kid sets that are set to release soon. And two of them in particular are looking incredible.

LEGO doesn’t seem afraid to make its Monkie Kid sets much bigger than any other playset. Ninjago sets seem to have shrunk to make way for huge Monkie Kid sets. But when they look as good as this, we won’t complain. The first set is LEGO 80038 Monkie Kid’s Team Van, a 1,407 modular van build. The shipping container theme continues here, with several containers that can be stacked to create a monster vehicle. There’s a Mad Max vibe, and we’re digging it.

But that’s not a patch on the biggest set: LEGO Monkie Kid 80039 The Heavenly Realms is a whopping 2,433 pieces. A recreation of a traditional Chinese temple, it’s packed with gorgeous details, traditional-style architecture and a great cast of minifigures.

Lastly is the less impressive but still nice-looking LEGO Monkie Kid 80037 Dragon of the East. A ‘paltry’ 880 pieces in comparison, this is a brick-built dragon, made with shocking aqua blue and pink pieces. It looks pretty fun.

The three sets are releasing in Europe on 1st June. But if you’re in North America, you’ll have to wait until 1st August. Sorry.

Let’s take a look at each of them in more detail shall we?

Just look at it! The Heavenly Realms is every bit as beautiful as its name suggests. It’s the traditional architecture details that really grab us here; the small golden details on rooftops, those gorgeous green tiles to create definition in the building’s structure. It looks huge and wonderfully complex, and we can’t wait to see it in the flesh. You can read more about it at LEGO.com.

At first glance, Monkie Kid’s Team Van doesn’t look that much. But when you realise the scale of this thing – and the various combinations it can be built in – it’s quite a formidable set. You can stack the modular sections high, making a monsterous vehicle if you like. or you can have a more standard-sized truck, with a small building filled with fun details. Consider the wonderful minifigures, little additions like a tuk-tuk and go-kart, and you’ve got a seriously cool playset on your hands. See more at LEGO.com.

Finally, here’s the Dragon of the East, a funky-coloured brick-built dragon complete with underwater ships, four minifigures, and plenty of accessories. We’re big fans of dragons, and this one looks to be something rather different from those we normally see in Ninjago sets. And we adore the colours. It’s hard to imagine the scale of it, but considering it’s made up of 880 pieces, we’re wagering it’s bigger than it looks. 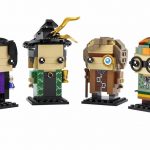 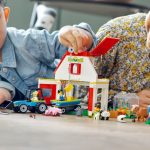