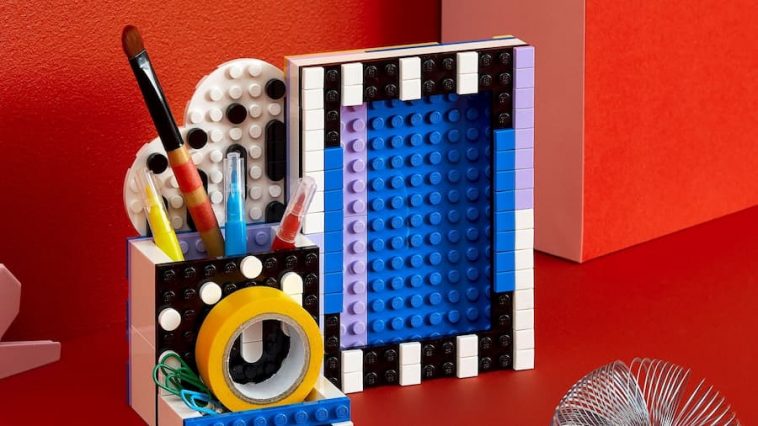 One of many new sets out on 1st June, LEGO Dots Creative Designer Box takes the new Dots series in a different direction. It’s a set that allows creative freedom – an included booklet includes some ideas and instructions, but the set really wants you to get creative with its pieces.

Is it worth adding to your collection? Read our review to find out.

Stored in a lovely pizza-style box, on opening up Dots Creative Designer Box you’ll find various bags of bricks. There are, of course, no numbered bags here. The actual ‘dots’ are stored logically by colour, with larger bags containing some plates and other various bricks. There’s a nice selection of pieces here which allows for building of multiple projects simultaneously.

There’s also a magazine-style instruction book. Some models have full instructions, others are just images for ideas and inspiration. However, next to these images is the “lego.com/buildinginstructions” address, suggesting that instructions should be found online. Currently, nothing is available except a PDF copy of the exact book included in the box. It’s a little disappointing, especially since some of the bigger, more appealing builds are missing instructions. Hopefully they will get added soon.

The only thing standing in the way of you and the amount of enjoyment you can have out of LEGO Dots Creative Designer Box is your imagination. It really is a great set that allows builders young and old alike to get creative with what they build. Most of the build ideas included in the booklet are ‘useful’ builds – a pen pot, desk tidy, tiny chest of drawers, a wall sign – so they’re things you can actually use once you’ve finished building.

The instruction book shows you how to build the shell of a number of objects, but designing it is down to you. You can follow the designs to a tee if you want, but the idea is to get creative with the dots included. And of course, if you have other Dots sets, you can combine them to have a greater selection of pieces to choose from.

Happily, there’s more than enough pieces here to create three or four projects simultaneously. We created a sign, a desk tidy and a small chest of drawers – all of which we’d consider to be the ‘larger’ projects of the set – and still had enough pieces left over for another one or two smaller projects. You obviously can’t build everything in the book at once, but it’s nice that you can do a handful.

There are some lettered dots, so you can spell out words, and a good selection of colours. But there are no patterned dots, which you’ve likely seen in other sets (and the ‘extra’ Dots seasonal bags). It’s also a shame that there aren’t one or two more large plates included. Your colour scheme is limited by which background you choose, and with only blue or mint large plates available here, they are going to lead the colours of your design.

Really, LEGO Dots 41938 Creative Designer Box is neither play or display; it’s a functional set that lets you build useful items. The play here is in the designing itself; Dots has been designed for creative minds who get a kick out of bringing their own creations to life. As we previously said, the only thing you’re limited by here is your own imagination. And, we suppose, a little on the pieces included.

Your finished projects can be displayed of course, but also used . We particularly love the small set of drawers, perfect for storing things like elastic bands and paperclips on your desk. Indeed, it can also be used to store the rest of your dots in! A functional LEGO set is not something we see often – it’s more or less exclusive to the Dots range, in fact – so being able to get use out of your creations once you’ve done building is really rather neat.

At £35, the LEGO Creative Designer Box is at the top end of the Dots range, with sets typically costing between £13 and £18. But there’s also a far larger range here; most other sets allow only one creation to be made at a time. The fact you can easily make multiple large projects here and still have pieces left over makes it excellent value in our opinion. If you are a creative sort and enjoy coming up with your own patterns and seeing your ideas come to life, it really is £35 well spent. 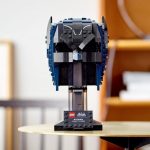