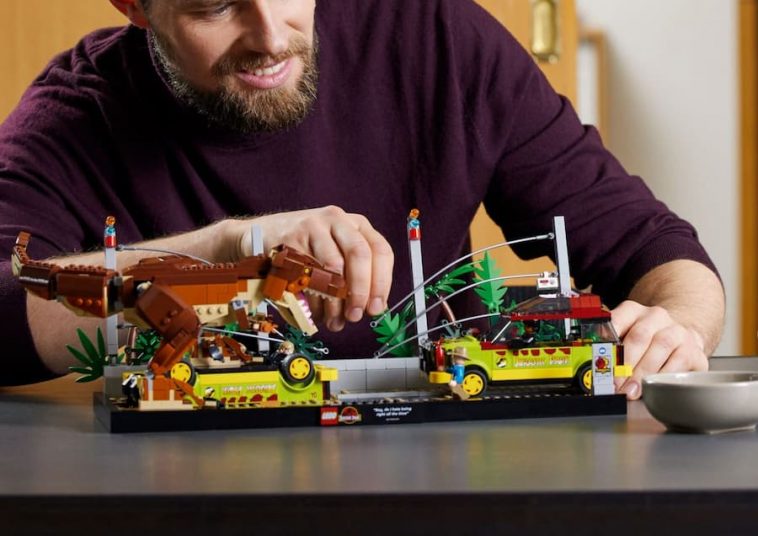 It’s a good time to be a LEGO Jurassic World fan. Three new sets are coming in April to celebrate the upcoming launch of Jurassic World: Dominion, the next movie in the franchise. That’s good news in itself. But the best part is that one of the sets is an 18+ display piece. And it’s one that doesn’t break the bank. Heck yes!

We absolutely cannot wait to get our hands on T. Rex Breakout. Okay, the T. Rex might not be quite as impressive as the one found in the now-retired T. Rex Rampage, but it’s also a fraction of the price. Instead, LEGO 76956 T. Rex Breakout shows a diorama from the very first Jurassic Park movie featuring the iconic Ford Explorer cars. It includes four minifigures: Alan Grant, Ian Malcolm, Tim Murphy and Lex Murphy. It’s the first 18+ Jurassic Park/World set, and we hope it won’t be the last. You can find out more about the set on LEGO’s official store listing.

Of course, the draw of the Jurassic World playsets has long been the dinosaur figures within them. This one has two: a Pyroraptor and a Dilophosaurus, both looking excellent. There’s also a jeep and trailer, and three minifigures: Ellie Sattler, Ian Malcolm and a guard. See more information at LEGO.com.

We’ve had a LEGO Triceratops before, but none quite so battle-worn as this one. This set also comes with two vehicles – a jeep and a 4×4 style car, along with four minifigures: Claire Dearing, Franklin Webb and two generic guards. There’s not too much to this set – you’re paying for the dinosaur. But it is a cool dinosaur, so we can’t complain too much. Read more about the set at LEGO.com. 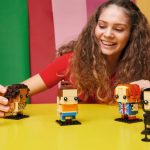 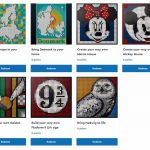