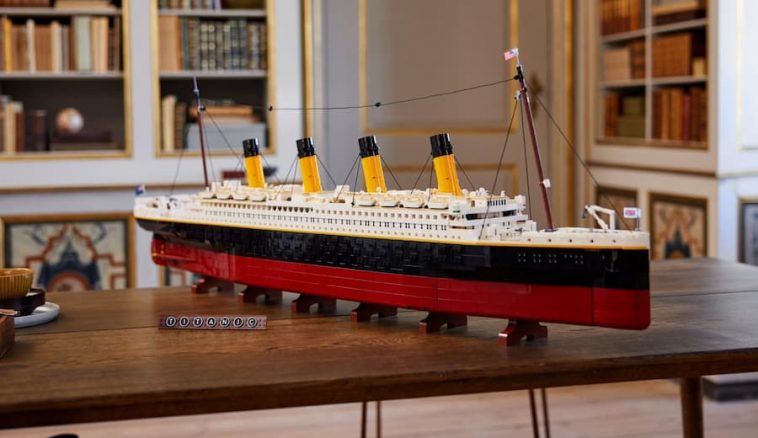 It’s been rumoured for a while, but LEGO has finally lifted the lid on 10294 Titanic – a ridiculously huge (and very expensive) recreation of the ill-fated ocean liner.

It’s an accurate replica of the RMS Titanic, made up of – wait for it – 9,090 pieces. As you’d expect from a set with such a high piece count, this thing is massive. It’s 16cm wide, 44cm high, and a whopping 135cm long. That’s the longest LEGO set to date, and so if you want to have this bad boy on display in your home, you’re going to need some serious shelf or tabletop real estate. My own display cabinet is absolutely not long enough.

Along with a fully detailed exterior, LEGO 10294 Titanic also includes some interior details, too. The ship is built in three parts, which all attach together – seems like a logical way to manage the colossal build. And at each of those cross-sections, you’ll be able to see some details of the ship; tiny cabins, the grand staircase, even the huge engines in the engine room.

Of course, it’s not minifigure scale (imagine how big it would be if it was?). So if you’re hoping to recreate some iconic Jack and Rose scenes from James Cameron’s 1997 movie, you’re out of luck.

The set comes with a buildable display stand and a ‘Titanic’ name plaque for display purposes.

Here’s the all-important details: it’ll cost £569.99 ($629.99) and it launches on 8th November. So it’s not quite the most expensive LEGO set of all time – the Millennium Falcon and Imperial Star Destroyer still hold that record.

Will you be buying this? Let us know in the comments below. Keep on scrolling for some more images. More information is available on LEGO’s official website. 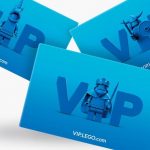 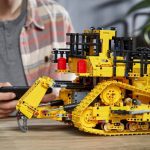