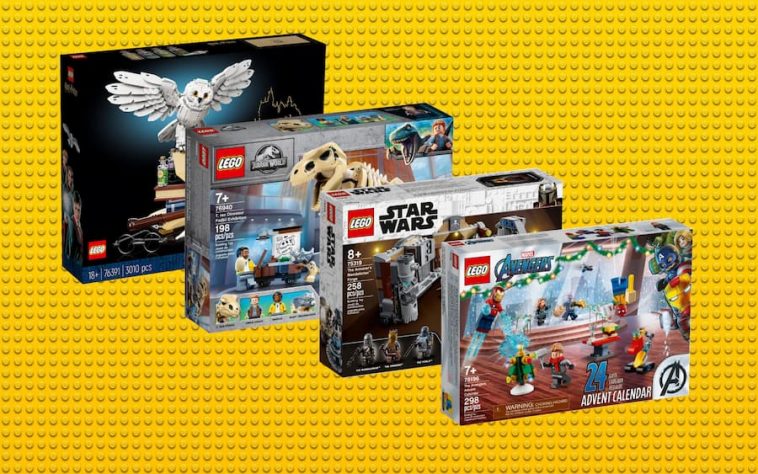 A new month means new LEGO! September’s haul of new sets isn’t quite as big as previous months, but there are still a few sets we’re excited about.

We’ve rounded up each of the new releases below, and we’ll update this list if any more sets get announced between now and 1st September.

Let us know in the comments which sets that release on 1st September you’ll be looking to buy. As for us… all of them?

If you’re a Harry Potter fan, we reckon this set is a must-have. A wonderfully crafted Hedwig is the focus, and she’s perched atop a pile of Potter memorabilia; there’s a letter from Hogwarts, a wand, a chocolate frog, Harry Potter’s glasses, some text books and potion bottles, amongst other things. It’s pricey, we can’t wait to get our hands on it.

A new Mandalorian set is coming to join the growing LEGO Star Wars range. This one recreates a scene from the series where Mando gets an upgrade to his armour. It’s more of a playset than a display piece, but we’re digging the three minifigures included here.

The cheapest of the four new LEGO Jurassic World sets, this one might actually be our favourite. We love the T. Rex fossil display – it’s like a more kid-friendly version of the LEGO Ideas Fossils set that released a couple of years ago. The baby triceratops is merely the cherry on top.

Being a 4+ set, LEGO Jurassic World Stygimoloch Dinosaur Escape is very much aimed at the youngest builders. It’s rather basic, with the highlight being the Stygimoloch itself. We’ve already had a LEGO Stygimoloch in the Breakout set, though this one is slightly different with its brown and green colourway.

While a car and helicopter combination make LEGO Jurassic World Carnotaurus Dinosaur Chase a worthwhile playset, the star of the show is obviously the big and mean Carnotaurus. Again, it’s not the first time we’ve had a LEGO Carnotaurus – one first appeared in the Gyrosphere Escape set from 2018.

£74.99 is a little steep for a 308 piece set, but here you’re paying for both the big dino figure and a boat. Like last year’s City Ocean Exploration Ship, the boat included here really floats. It’s the second time we’ve had this type of dino; we first got on in 2019’s Baryonyx Face-Off: The Treasure Hunt set. Though again, it’s a different colour.

We won’t spoil everything that’s inside any of the advent calendars, but the highlight of this one is surely The Mandalorian, coupled with The Child, dressed in what appear to be Christmas pyjamas. Awww.

Each of the 24 windows contains some sort of minibuild, and in here you’ll find a Privet Drive street sign, a tiny Gringott’s vault, and a mini Christmas tree. The highlights are surely always the minifigs, though, and here you’ll find, along with the usuals, Dudley Dursley and Griphook.

This is your first opportunity to get some festive-themed Marvel minifigures. Along with some minibuilds, you’ll find a Christmas jumper-clad Iron Man and Thor in a wintery scarf. Thanos makes an appearance too, though he doesn’t look too pleased about all the Christmas joy that’s going on.

Thanks to having no license tied to it, the LEGO City (and Friends) calendar is a little cheaper than the others. There’s just as much value to be had though. You’ll find six minifigures, including Santa Claus himself and a top hat-wearing carol singer. Minibuilds include a tiny toy train, a glowing lantern and a toy helicopter.

The LEGO Friends Advent Calendar features five micro-dolls of the range’s most popular characters. As always, the rest of the windows contain cute minibuilds to complete. Here you’ll find a fireplace, a Christmas tree, a snowman and more.

A new series of minifigures is almost upon us. Based on recent Marvel properties, there’s a great selection of characters in here – most of which we’ve never seen before. A zombie Captain America, anyone? Or a T’Challa Star Lord? As always, however, they’re sold in blind bags, so you won’t know what you’re getting. Though if you do have a LEGO store nearby, pop in – they’ll happily sell you a full set. 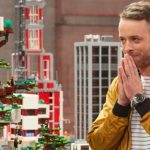 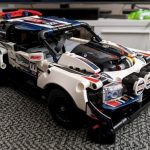