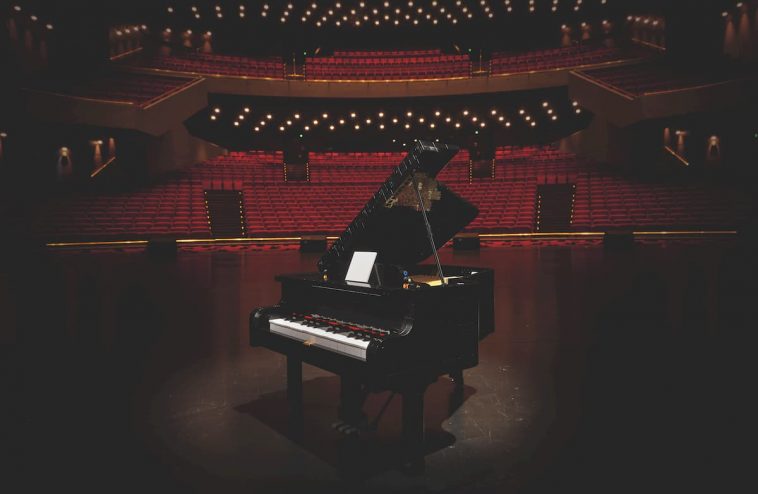 2020 has been a very good year for adult fans of LEGO. Well, for our collections at least. Not so much for our bank balances. Along with so many excellent sets, we’ve also seen some of the biggest LEGO sets ever in 2020.

We’ve also seen several new ranges introduced – including LEGO Art. In terms of included pieces, LEGO Art sets should technically appear on this list, but we’ve decided to omit them due to their nature, and the fact that you don’t use all the pieces to complete the build.

But even without them, we’ve got lots of big sets to enjoy from 2020. Here are the 10 biggest released this year. How many of them do you own? Let us know in the comments!

Not only is the LEGO Colosseum the biggest set of 2020, it’s also the biggest set of all time. At 9,036 pieces it dwarfs the next-biggest set, 2017’s Millennium Falcon (7,541 pieces). It’s not the biggest in terms of sheer size though; that accolade goes to the epic Imperial Star Destroyer. Still, a replica of Rome’s famous Colosseum, this set is absolutely stunning.

Made up of four separate buildings, LEGO Harry Potter Diagon Alley is quite a sight. Modelled on the famous wizarding world shopping street, it’s a truly eye-catching set and can be configured in a number of different ways. You can lay the buildings end to end, making this the longest LEGO set ever. Or you can attach the buildings back-to-back, making a detail-packed square. However you have it though, Diagon Alley isn’t just one of the biggest LEGO sets of 2020, it’s also one of the best. Well, if you’re a Harry Potter fan, at least.

LEGO’s decision to release Old Trafford as a set was a strange one, but it’s hard to argue it hasn’t paid off. Even if you’re not a LEGO fan, there’s a lot to love about this ultra-detailed micro-scale set. It’s epic, from the details in the stands to on the pitch itself. It’s just a shame that it uses so many stickers, but that doesn’t put us off too much.

Should Technic sets be included in our list of biggest LEGO sets of 2020? We’re not sure. But we’ve included it anyway, because we do rather have a soft spot for this giant Lambo. And let’s face it – it’s probably the only Lamborghini most of us can ever dream of owning. It’s a faithful representation of the real thing, complete with working steering, scissor-opening doors and front and rear suspension. Just a shame it’s too small for us to climb in and take for a spin.

Not only is the LEGO Ideas Grand Piano one of the biggest LEGO sets of 2020, it’s also one of the most unique Ideas sets ever released. It’s not quite playable, but with working pedals and moving keys complete with hammer action, it’s about as good as it gets. You can even sync it with your phone to play music. Whether or not it’s actually playable though, there’s no denying this is one truly incredible-looking build.

LEGO’s spoooookiest set makes the list of the biggest LEGO sets of 2020. It’s also one of the tallest too, thanks to its impressive tower. It’s a striking set, designed to be part of the fairground collection. Though it looks fantastic in any set-up; you can even add it into a modular street build as the infamous haunted neighbourhood house. Ooo-ooo.

The Mos Eisley cantina might be one of the biggest LEGO sets of 2020, but it’s also one of the most expensive. Its price is pushed up by the whopping 21 minifigures included in the set, though. And if you’re a Star Wars fan, it’s a must-have thanks to all the incredible little details here. It’s a beast, and you’ll need plenty of space to display it, but it’s a fantastic talking point.

This is one for the video game fans. Which we are. So we, naturally, love it. Though even if you don’t know your NES from your Master System, you can still appreciate that this is one heck of a well-designed set. It’s hard to distinguish the console from the real thing, and the details on the TV are sublime. It even has ports at the back! And there’s a crank to move the screen. It’s an incredible set, and one of the most original we’ve yet to see from LEGO.

Arrrr, mateys! We just love this LEGO Ideas set. The best thing about Pirates of Barracuda Bay is that it can be configured in different ways. You can have it as a fully-functioning pirate ship, or you can have it like in the picture, a lived-in shipwreck atop an island. Whichever way you go for, it looks fantastic, and it’s a great little call-back to the classic LEGO Pirates theme.

The latest modular set has just scraped its way into the top 10 biggest LEGO Sets of 2020. Made up of two buildings, a bookshop and a house, this Creator Expert set is a fantastic addition to any brick-built street. Including five minifigures, it’s packed with character, and the building designs are beautiful and colourful. The autumnal tree outside just finishes the whole thing off! 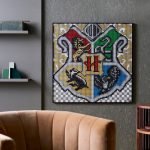 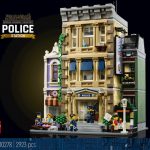