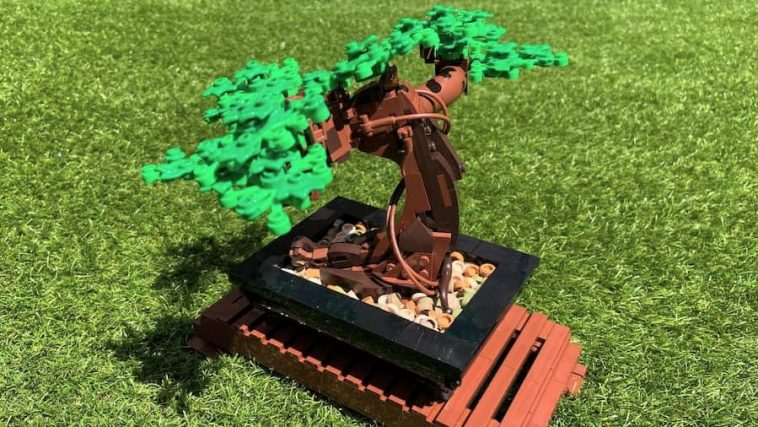 By 2030 LEGO is aiming to make bricks out of plants in a bid for sustainability; until then, we must be content to make plants out of bricks. Enter the LEGO Botanical Collection, which sprouted at the start of the year with two flowerheadline acts: the Flower Bouquet (10280), and this Mr Miyagi-pleasing effort.

The Bonsai pitch isn’t just the green-topped tree that adorns the front of the box though, oh no. This is a secret 2-in-1 set, also containing an alternative pink and purple Japanese Cherry Tree blossom version, with the foliage designed to easily swap back and forth when the mood suits. It’s an unbeleafably good idea for a low price point, but is the finished prospect a load of old deadwood?

Just six humble bags of bricks, a pair of loose, brown flexible hoses with connector ends, and an 84-page manual are all that’s needed to build both versions of the Bonsai Tree. Mighty sets from little acorns and all that…

In a nice precursor to LEGO’s plant-based future, three of the elements used are sourced from sustainable sugarcane. It’s not the first set to do so – over 80 elements are already created in this way and the 2019 ‘Plants from Plants’ LEGO Ideas 21318 Treehouse really led the charge here – but it’s good to see LEGO continuing to publicly commit to its green-fingered ambitions.

Things start off with a symmetrical rectangular pot that snaps together in a matter of minutes. Rubber feet and ‘floating’ decorative corner clips are sweet little touches in an otherwise simple base, finished off with a 4×4 turntable plate into which the trunk clicks.

The trunk’s easily the most enjoyable and intricate element to construct, with a curving shape that recalls the scorpion tail of classic Robot Wars entrant Razer. The unique geometree is masterfully achieved through a number of tricks, beginning with a slanted base that sits on an angle thanks to hidden, uneven anchoring of rectangular minifig shield bases. The warped effect is further exaggerated by spiky side plates, an asymmetrical, rounded rear ‘bark’, curved cylindrical branches to make it feel truly gnarled, some elephant trunk pieces repurposed as exposed roots and, finally, a pair of flexible vines twisting round the final build.

It’s also as fragile as it is complex: at least, when clipping into the pot, that is. With no solid anchor to grip I found it difficult to attach to the turntable plate without losing some side plates in the process. If you manage it at the first attempt without dislodging anything, you’re a much better tree surgeon than me. And good luck trying to pour 200 round tiles into the pot to form the soil without dropping at least one on the floor…

The foliage comes next. Both the green leaf and pink blossom looks break down into four components: three identical branch clusters with short axles to easily affix to/remove from the branches, and a fourth, individual piece of foliage. The images in the manual left me momentarily stumped as it’s hard to spot which plant leaf studs have extra plates or buds on them, but once it’s clear that all the leaves are decorated identically it’s easy to slip into a routine (rootine?).

Of the two designs, the blossom is far superior. Not only does it have much denser cover, its design will have you ribbiting on about the the fact that the blossom buds are, in fact, pink amphibians. Yes, tree frogs. Well played, LEGO.

The final stage of the build involves constructing the display stand. Personally I’d have been fine without this addition, which significantly increases the set’s footprint, but given that humidity trays are a common element in real-world Bonsai maintenance I won’t begrudge its appearance. Like the pot, it’s a simple enough build, and I’m a big fan of the clever 0.5 stud spacing between the slats achieved by barring across rows of single-stud 1×2 tiles.

For many, LEGO 10281 Bonsai Tree will be a simple display piece, but a creative call-to-boughs towards the back of the manual invites horticulturalists to come up with their own individual spins on the Bonsai concept using odds and ends from their LEGO collection.

Brick separator leaves; carnivorous alien plant life oozing acidic sap; minifig monstrosities where capitalist factory workers grow on nightmarish trees; a pirate skeleton marooned on a deserted island… the example pictures hint at some amazing concepts for builders prepared to play around and treat the Bonsai Tree set as a blank canvas in much the same way as they would LEGO BrickHeadz 41597 Go Brick Me or LEGO 40179 Mosaic Maker.

Don’t be fooled by the high piece count: almost a quarter of the pieces found in LEGO 10281 Bonsai Tree are round 1×1 tiles that you tip into the pot, meaning that if you remove creative experimentation from the equation the Bonsai Tree is a very quick build. And yet – wood you believe it? – I can’t recommend this set highly enough.

Regardless of the chosen foliage (despite the blossom’s clear superiority I’d still recommend swapping them round seasonally) it’s a set capable of sprucing up any environment. But on top of that there’s the very real added bonus of then having ideas for unique Bonsai designs blossom when you’re building future sets. Making LEGO 75271 Luke Skywalker’s Landspeeder? BAM! Suddenly you’ve been smashed in the face with the inspiration for a droid-headed “C-Tree-PO”. Putting the finishing touches to LEGO Creator Expert 10278 Police Station? KAPOW! How about handcuff-wrapped Special Branches? The main build is merely a sapling compared with the ideas that’ll grow and grow in years to come. 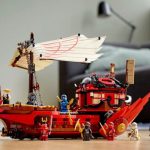 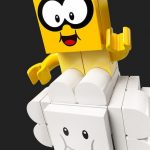