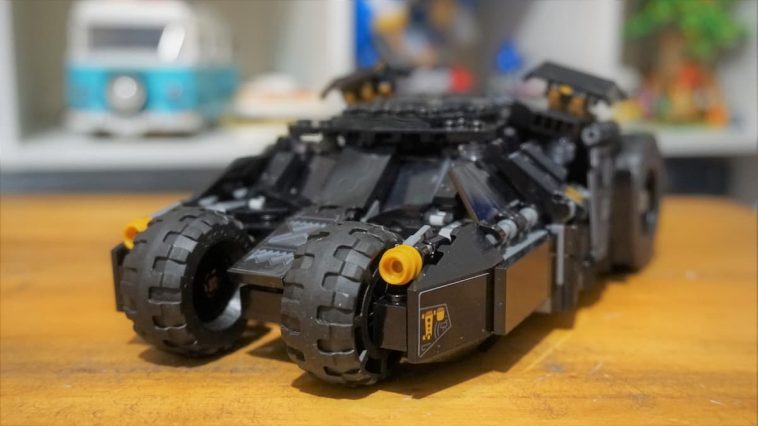 If you’re a Batman fan, chances are you’re familiar with the Tumbler. Featured in Christopher Nolan’s The Dark Knight trilogy, this vehicle has been recreated in LEGO before. In fact, LEGO 76023 The Tumbler might be the pride and joy of some LEGO collections. Recently updated and re-released, albeit with a price increase, it’s available yet again so more Batman fans can get their hands on it without having to resort to the second-hand market.

But there’s also a smaller, cheaper recreation that might actually be a better choice for many. Enter LEGO 76239 Batmobile Tumbler: Scarecrow Showdown.

Inside the small box are four bags of bricks, numbered one to four. There’s also a 144-page instruction booklet, and a sticker sheet with seven stickers.

Within the bags, you’ll find two minifigs alongside the Tumbler: Batman and Scarecrow.

Ripping open bag number one, you begin by building the Batman minifigure. He’s got a printed body, as well as a head with two faces, but chances are you’ll have lots of Batman minifigs laying around that look the same. He does, however, also come with an alternative head that’s pure black with a very angry look. It certainly makes this version of him a little more interesting.

After assembling Batman, you move onto building the chassis of the Tumbler. There’s not much to it, and so you soon move onto building onto it and adding detail. The cockpit has two consoles, for example, decorated with two of the seven stickers included in this set. And the Tumbler’s unique bulky shape is created using hinges to attach side panels. A couple of guns are attached to the front at this point, too.

Moving onto bag two, you then build the second minifig – Scarecrow. Like Batman he has a printed body. He also has a head printed on both front and back, but there aren’t two faces – instead there’s just additional detail. His face is essentially covered by a sack after all. It’s a shame there’s no printing on the arms or legs, but this is a really nice minifig overall.

With both minifigs included in this set now built, you can fully immerse yourself in finishing the tumbler. The remainder of bag two is largely focused on building onto the rear; adding a couple of movable wings and some other broader details. After that, three windscreens are applied to surround the cockpit, before plates are added via hinges to create the effect of multiple smaller windows around the vehicle.

With bags three and four, the Tumbler is developed to completion. Plates are used to create a roof that can be opened and closed thanks to a hinge. Yet more detail is added to the rear; primarily additional plates on hinges. And more plates are attached to either side of vehicle to further bulk it out and add detail. It all starts coming together.

Before the final touches are applied, the front wheels are assembled and attached. The front left and right sides of the vehicle are then bulked up, and stickers are added for further detail. A slope is also built and attached to font, complete with sticker. With all that done, you can them assemble and attach four(!) larger wheels to the back of the Tumbler, then add exhaust detail.

Overall it’s a very nice build with what feels like little repetition. It’s pretty solid too, and looks just as detailed as the larger, more expensive model despite being less than a quarter of the size. You might just wonder where to hold it at times to attach certain details firmly.

So, is LEGO 76239 Batmobile Tumbler: Scarecrow Showdown a model you buy to play or display? The answer is both, really.

It looks fantastic when built. It certainly rivals the bigger Tumbler, yet is less than a sixth of the price. And it’s that price point that makes it viable as a play piece, too. When it comes to play, you have a roof that lifts off, allowing you to place minifigs inside. It also has working stud blasters in the front, and the working wheels give it driveability. Throw in the included minifigs, and you have a set that both collectors will want to display, and kids will want to play with.

There’s no doubt that the Batmobile Tumbler: Scarecrow Showdown offers excellent value for money. If you’re a Batman fan, it’s a must buy. Unless of course you have the big Tumbler, in which case a smaller version might not hold the same appeal. Still, you might want it for scarecrow, or just because it’s a smaller, more versatile model of the iconic Batman vehicle. Either way, this is an excellent LEGO set well worth a place in anyone’s collection. 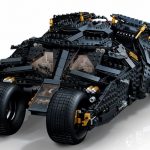 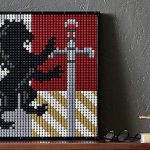