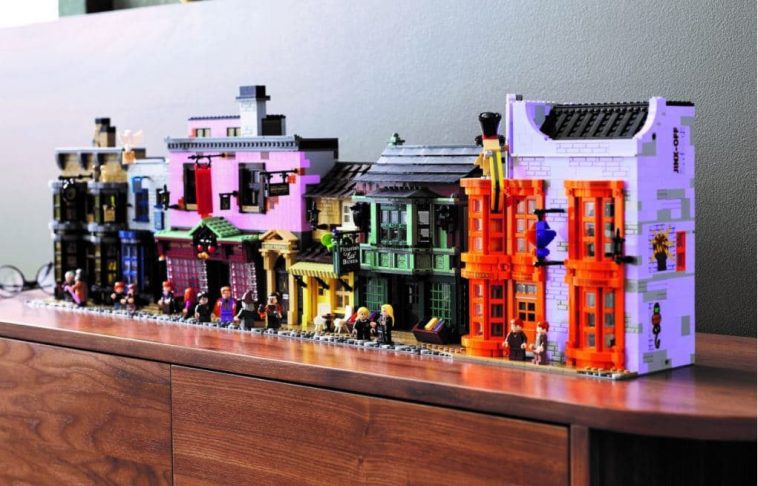 Fancy paying a visit to the wizarding world’s premier shopping destination? You can – without leaving your own home. Announced only yesterday, LEGO Harry Potter Diagon Alley 75978 is now available.

And what a set it is! Made up of 5,544 pieces, the set is essentially four modular buildings in one. You can arrange the street in any order you like, just like the Creator Expert modular sets. Unlike those modulars though, these are open at the back, but they’re crammed with detail, so it’s hardly a negative point.

Each shop is packed with detail to bring the interiors to life, and to popular the set is a whopping 14 minifigures. There are some common faces to be expected – Hagrid, Harry, Ron and Hermione of course make an appearance. But there are some brand new characters too: Diagon Alley is the first set you’ll find Gilderoy Lockhart, Florean Fortescue, Lucius Malfoy and the Daily Prophet photographer.

Of course, a set this large comes with an equally large price tag. LEGO Diagon Alley will set you pack £370. But considering its size – side-by-side, the four buildings measure over a metre! – it feels like a fair price to pay.

It’s available now at LEGO.com and in physical LEGO stores. We’ll have a review of the set soon. 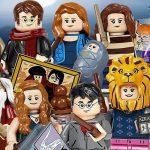 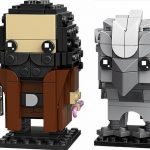