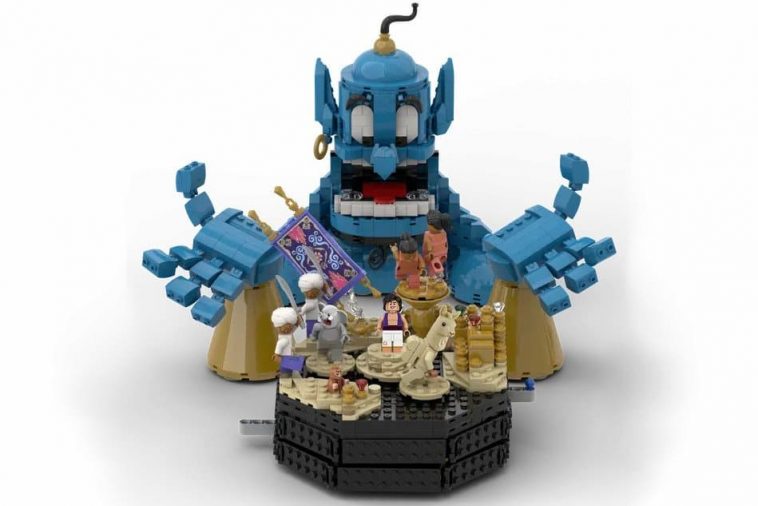 Sometimes, you see a LEGO model and even before you’ve had chance to take in all of its astounding detail, you’ve already audibly said “woah!”. That was our reaction when we saw Lud985’s LEGO Ideas submission. Called Aladdin: Friend Like Me, it depicts a scene from Disney’s Aladdin with a huge Genie taking centre stage.

Just the Genie itself is an incredible build; his facial expression has been captured to a tee – one glimpse at it and you can hear Robin Williams’ amazing voicework pour out of it. In the foreground is Aladdin himself, surrounded by dancing animals and people.

There are even some moving elements here; the Genie’s jaw can move up and down, and the plate where Aladdin is stood can rotate, to mimic a dancing scene. Oh, and there’s a flying carpet too, because you can’t have Aladdin without a flying carpet. Overall, it’s a spectacle to behold.

We clearly aren’t the only ones to be utterly blown away by Lud985’s model. Since being uploaded to LEGO Ideas last Friday (23rd July), it’s already garnered 524 votes of support. That’s more than half-way to its second goal, which it has over a year to complete. Ultimately, it’ll need to receive 10,000 votes before being submitted to a panel of LEGO judges – but the LEGO Ideas process allows for a couple of years for sets to gather votes.

If you’re as impressed by Aladdin: Friend Like Me as we are, give it your vote of support by clicking here. 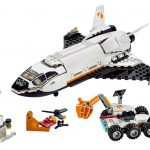 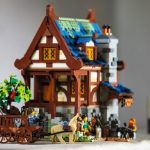