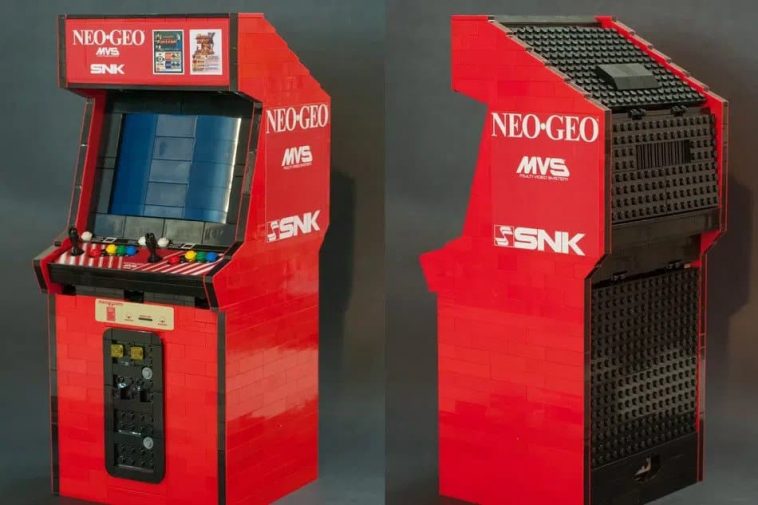 There’s something charming about miniature models of real-life objects made out of LEGO. This brick-built arcade cabinet, submitted to LEGO Ideas by user churchdill, is one of our favourites.

It’s a striking model and one that’s instantly recognisable to anyone who visited the arcade as a kid. This one is specifically a NEO GEO MVS cabinet, but we can see the idea working with any number of arcade machines. What’s particularly great here, though, is the detail that churchdill has put in. The buttons and joysticks, though tiny, look pixel perfect. The coin slots at the bottom are fantastic, too.

Even better, they’ve included details of inside the cabinet, too. Pull back the control panel and two cartridges will be revealed. And behind the coin slots you’ll get a glimpse of some of the inner workings.

Creator churchdill has not provided much information about the build – we don’t know how many pieces are in it, for example. But they have talked a little about their process of creating it. They’ve used a lot of SNOT (studs not on top) bricks and unconventional building techniques in order to to recreate the arcade cabinet’s shape as accurately as possible.

Would you like to see the NEO GEO MVS 2-Slot Arcade Cabinet come to retail? Log into LEGO Ideas and give it a vote. Despite being uploaded to the site only yesterday, there’s already 73 votes of support. Ultimately, a set needs 10,000 votes before it can be considered by a panel of LEGO experts. 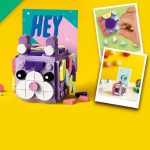