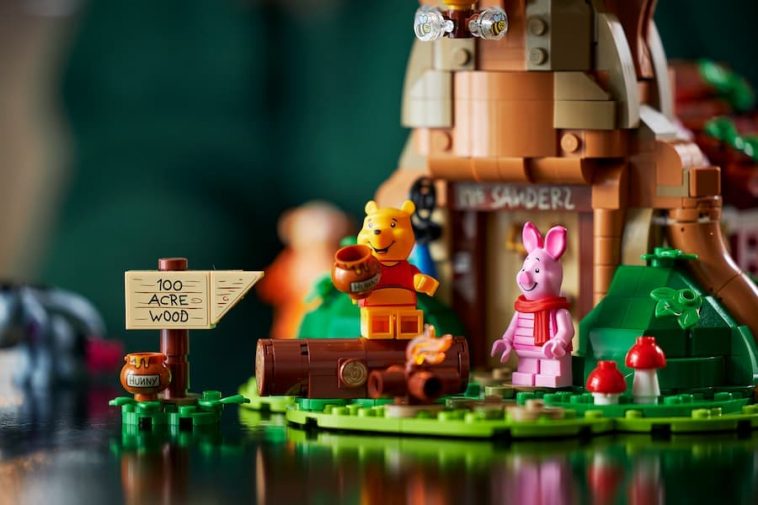 A brick-built version of Hundred Acre Wood? Sign us right up. The next LEGO Ideas set is just over a week away, with Winnie the Pooh becoming available to VIP customers on 18th March.

Designed by Ben Alder, the set was chosen last year and, after being redesigned by the LEGO team, it’s now ready for release. Featuring a model of Pooh’s house nestled under an oak tree filled with beehives and honey pots, it also comes with five minifigures; Pooh, Piglet, Tigger, Rabbit and Eeyore. They’re brand new, specially moulded to feature in the set.

The house itself is hinged, opening up to reveal intricate details inside. There are brick-built curtains on the windows, attic storage filled with bits and pieces, a bed and a table. There’s a small amount of internal space, but a lot of detail has been squeezed into it for maximum effect.

Outside of Pooh’s house, you’ll find the iconic “Mr Sanders” sign above the door, and a Hundred Acre Wood signpost.

With 1,265 pieces altogether, LEGO Winnie the Pooh will retail for £89.99. It’ll be available to VIP members from 18th March, with everyone else being able to buy it from 1st April. Whether or not you’re a fan of Pooh, there’s no denying this is a great-looking set.

More pictures are below. 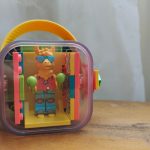 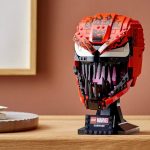