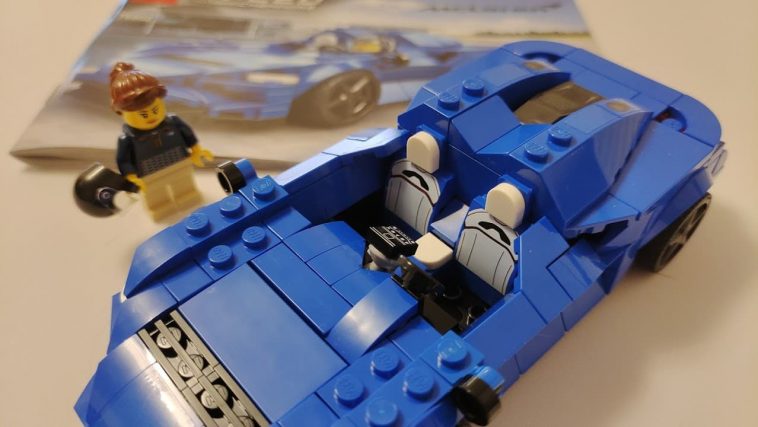 One of several new Speed Champions sets released on 1st June is the McLaren Elva. While this super-expensive supercar is out of our price range in real life, this pocket-money priced set means just about anyone can have it in their homes. And, as always, it offers a fun build well worth its asking price.

Since it’s a small set, the contents of LEGO 76902 are rather simple: there are two numbered bags, an instruction manual, a small sticker sheet, and a small bag of wheel trims. Yes, stickers – unfortunately they’re a mainstay of the Speed Champions range, and are necessary for adding realistic detailing to your model, like a ‘McLaren’ logo on the front and back, and even some lights on the back.

We don’t think the McLaren Elva is the nicest-looking car to grace the LEGO Speed Champions range. It’s unusual in that it’s open-topped, and that makes the front of the car look elongated somehow. It’s a decent interpretation of the real thing though – even going so far as to have printed tiles for the seats, representing what they look like in the real vehicle.

While the front is a little ugly, the back of the car is actually very eye-catching. The twin exhaust effect looks great, and the lights – created by using two translucent red ‘axe head’ pieces – look fantastic.

There’s nothing overcomplicated about the build here, as you’d expect from a smallish set. Once you’ve built the chassis, there’s a lot of layering of bricks to sculpt its body; slopes and curved tiles have been used nicely to recreate the smooth finish of the actual vehicle. It’s a shame some of the stickers couldn’t have been replaced with printed bricks – after all, the seats are printed – but we suppose it’s to be expected in a budget set.

It’s interesting to note that the tyres are now built into the wheel pieces – they’re no longer two separate parts. We assume this is something LEGO has introduced to cut down on extra plastic production, as we noted the same in last week’s review of the Koenigsegg Jesko. It doesn’t affect the overall finished look or feel of the model in our opinion.

The best thing about Speed Champions cars is that they are excellent for both play or display. Their size and low price make them great toys for younger children, who’ll enjoy playing with them long after they’ve been built, just like any model car. But their relative recognisability to the real-life cars they’re based on means they’re great for collectors and car fans too.

You might not be able to get your hands on a McLaren Elva in real life, but this little model means you can admire one on your desk. It’s the closest thing most of us are going to get.

It’s hard to dispute that any Speed Champions model offers excellent value for money. The revised models, first introduced in 2020, may have seen the price go up a little – from £12.99 to £17.99, but that extra fiver brings with it a lot of extra detail. These may be small models, but they pack in a lot of detail. For car fans not wanting to splash ~£150 on a huge Creator Expert model, these offer an excellent alternative.

As far as LEGO’s sub-£20 offerings go, we really do think Speed Champions are the best. Whether you think the McLaren Elva in particular is worth your money will likely depend on how you feel about the car. It’s a bit on the ugly side if you ask us, but we still appreciate the model. 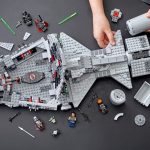 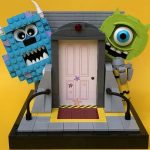