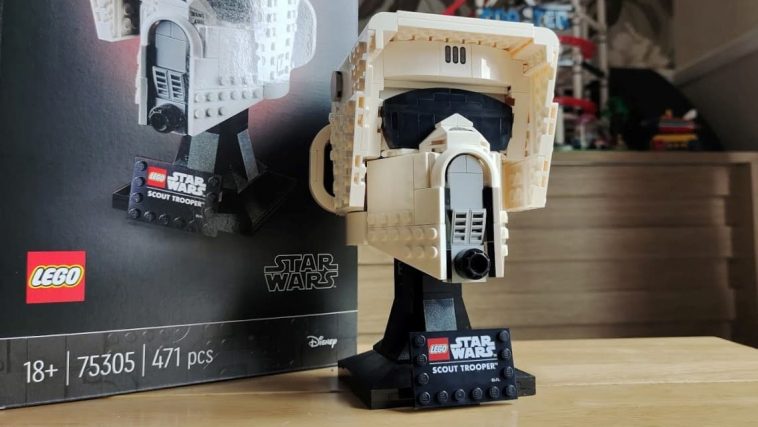 LEGO has doubled down on its range of bust/helmets lately, and so we’ve seen a new wave of Star Wars, DC and Marvel characters. We’re taking a look at one of the newest Star Wars busts – a Scout Trooper helmer. It’s one of the smaller sets in the range, and has a lower price tag (£44.99 instead of £54.99) as a result. But that doesn’t mean the Scout Trooper is lacking in detail. Here’s our review.

Inside the box for LEGO Star Wars 75305 Scout Trooper Helmet you’ll find five numbered bags, an instruction book, and a sheet of stickers.

Yes – the dreaded sticker sheet. Don’t worry, though – there’s nothing too egregious here; simply a few accent stickers. You could even leave these off and it wouldn’t affect the aesthetic of the model too much.

It took us around an hour to put together the LEGO Scout Trooper Helmet, though your mileage may vary depending on how well-versed you are at LEGO building. There’s nothing too tricky here, though, so even a beginner or younger builder shouldn’t have too much trouble. (Yes, this is one of LEGO’s many 18+ models, but that doesn’t mean children can’t build it if they’re up to the task!)

The best way to describe building one of these bust sets is like a giant Brick Headz; you start by building the inside, with a lot of ‘studs-not-on-top’ bricks (i.e. SNOT bricks!). That leaves you plenty of studs around the edges to then add plates and bricks which form the details of the Scout Trooper.

Most of that detail is actually built separately; for example, the back of its head is built as one whole piece before attaching it to the main model. The same goes for the side panels – they’re each two separately-built plates that then attach onto the main model. There are some nifty techniques used along the way too, and some impressive use of parts (the Scout Trooper’s nose is actually a wheel arch!).

Like a lot of models these days, the first stage or two of putting together the LEGO Scout Trooper leaves a lot to the imagination. What we mean by that is it’s almost impossible to tell what the finished model is going to be; you’ve got nothing but a sea of mismatched bricks, waiting for more detail to go on top. By bag three though, it starts to take shape as more of the side panels get added. It’s great to see how it all comes together, leaving you with a very impressive finished model.

Like all the sets in LEGO’s helmet/bust range, these are strictly display pieces. There’s no play value here, and that’s part of why they’re marketed under LEGO’s ’18+’ label. But it does make a fantastic display piece that doesn’t look out of place on a bookshelf or mantelpiece. If you have a few of these bust sets together, they look especially impressive.

Being that LEGO Star Wars 75305 Scout Trooper Helmet is the cheapest set in the ‘busts’ range (RRP £44.99 instead of £54.99), we expected to find a slightly underwhelming model. But actually, after putting the set together, we were pleasantly surprised. Like many modern models, the pictures don’t quite do it justice; there’s a lot of sculpting here that it’s all-white body doesn’t give it credit for. And despite being fewer pieces than some sets in the range, it packs in just as much detail.

In terms of price per brick, £44.99 sounds like a lot for a 471 piece set, but it’s more or less the going rate these days. And the finished model more than does it justice. So yes, it is good value for money – and we don’t think you’ll be disappointed. 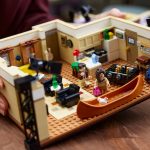 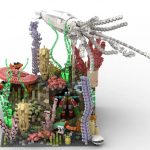