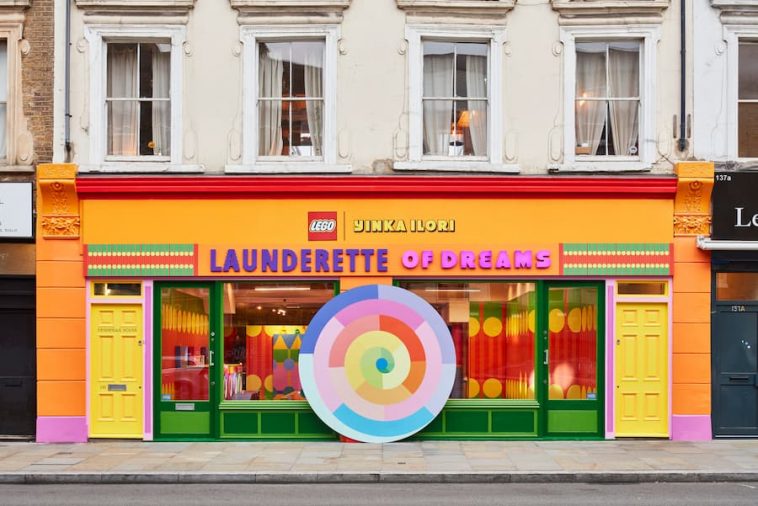 A new temporary interactive art space has been erected by LEGO in Shoreditch, London. Called the Launderette of Dreams, it’s a space designed by LEGO in conjunction with designer Yinka Ilori as part of LEGO’s ongoing Rebuild the World campaign.

And literally, the world has been rebuilt here: the Laundrette of Dreams is an actual community laundrette. But its usual interior has been reimagined by LEGO installations made up of over 200,000 bricks. Washing machines have been gamified, and the whole space has been turned into an interactive play experience.

Yinka Ilori worked with children from their former primary school. St Jude & St Paul’s C of E. The schoolchildren were asked to redesign a launderette, and those ideas were used to bring the Launderette of Dreams to life.

So, what sort of thing can you expect to find in the Launderette of Dreams? There’s kaleidoscope laundry drums, gorgeous wall murals and hopscotch flooring made, of course, out of LEGO. And more importantly, there are vending machines that dispense LEGO instead of soap. Truly the dream. The artist will also be holding workshops for all the family, inviting them to create their own builds.

If you want to visit the Launderette of Dreams yourself, you can! It’s open to the public and free to visit from tomorrow 28th October to 6th November. Only a limited amount of walk-in spaces are available, though, so turn up early if you don’t want to be disappointed. You’ll find the Launderette at 133-135 Bethnal Green Rd, London E2 7DG. It’s open between 10am and 6pm.

These LEGO pop-up exhibitions are a lot of fun, and well worth visiting if you’re in the area. We spent time in LEGO’s ‘House of Dots’ back in January 2020, which was designed by artist Camille Walala to celebrate the launch of the LEGO Dots range. Essentially an entire surreal house with walls and furniture fused with LEGO bricks, it was a fantastic experience unlike anything else. We expect the Launderette of Dreams to be just as magical. 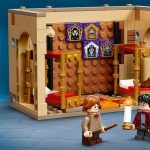 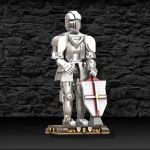