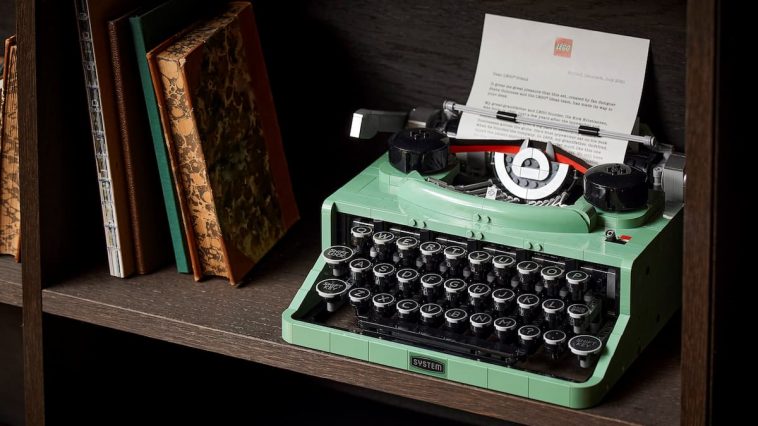 Following the tease earlier this week, LEGO has officially lifted the lid on the LEGO Ideas Typewriter. It’s a thing of beauty, and you can have your hands on it as soon as next week.

It’ll be available from next Wednesday, 16th June for VIP members before a general release at LEGO.com and in LEGO retail stores on 1st July. It’s priced at £179.99/$199.99. Which, for the piece count – 2,079 – is a little expensive, but it’s easy to see that this isn’t your typical LEGO set. While it isn’t an actual working typewriter, it has working mechanisms. Pressing the keys triggers the centre typebar, which rises every time a letter is pressed. The carriage also moves across as you type, and real paper can actually be fed into the roller.

That’s some impressive mechanics, and we can’t wait to see it in action. But even from the outside, it’s clear to see that this is one heck of an impressive set. The LEGO designers have taken the original Ideas submission and refined it in a number of ways. It’s slightly bigger, to allow for a more accurate keyboard layout. It has more working features, and the sea green colour is far more eye-catching than the original grey bricks used. The shape has been smoothed out, too, with rounded edges and corners replacing the angular appearance of the original model.

Importantly, each of the lettered keys are printed, not stickered. It’s a relief, as continual touch of stickers would soon see the letters fade away.

Needless to say, this is going to be a fun set to build, and a gorgeous one to have on display. It may be rather niche, but what LEGO lover doesn’t like something a bit different in their collection?

Will this be a day one purchase for you? Let us know in the comments below. 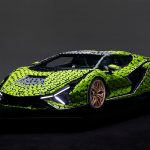