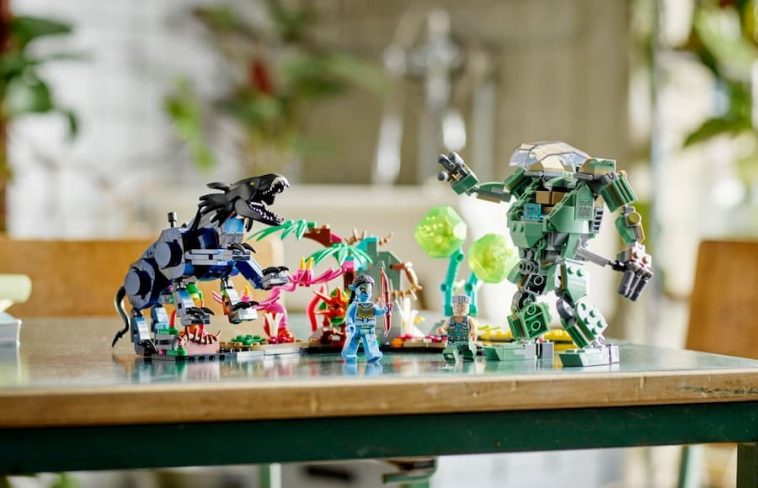 We’re not sure if anyone really cares about Avatar any more. But whether or not that’s true, Disney is pushing along with its plans to release several more movies in the franchise, with the second set to launch soon. And of course, it won’t be a major movie franchise if it didn’t have LEGO sets releasing alongside it.

So far, LEGO has announced five Avatar sets, all set to release on 1st October. We’ve already seen one of them – Toruk Makto & Tree of Souls, but here’s a look at the rest.

This et made up of several elements, all rather nice in their own right. There’s a large red dragon-type creature (the titular Toruk), the Tree of Souls, and an environmental rock structure. The Tree of Souls is perhaps the most eye-catching part of the set; a pink weeping willow with a detailed trunk and ground roots. It looks fabulous. The rock structure is also well-designed.

You’ll get two Jake Sullys in this set: one in human form, and one in Na’vi form. There’s also a helicopter and a Site 26 container, complete with a mobile link station. Oh, and there are some glow-in-the-dark elements too. Cool.

This set comes with two flying Banshees, complete with posable wings and heads, and a small waterfall decoration. Presumably so small because it’s how Jake and Neytiri see it from the sky as they’re flying. Or so we’re presuming.

Jake Sully and his Avatar are getting the BrickHeadz treatment, and this is probably the LEGO Avatar set we’re most keen to add to our collection. Not least because this will be the first time a BrickHeadz figure has appeared in a wheelchair, which is rather cool.

This one’s a rather fun playset: there’s a chainsaw-wielding mech and a beast facing off against each other, with minifigures to mount both. At £39.99, it’s probably the most reasonably-priced of all the Avatar sets, too. 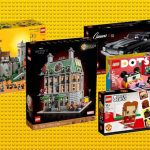 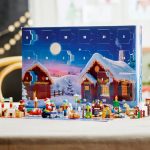