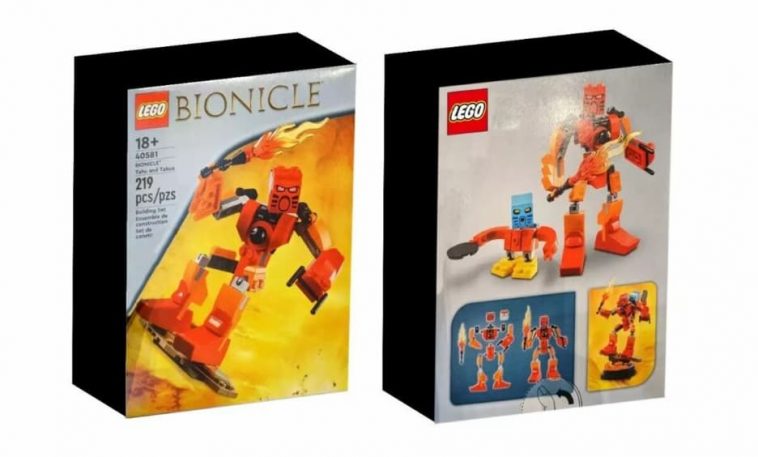 It seems LEGO is reviving the somewhat controversial Bionicle range… but it may only be as a one-off free gift.

Thanks to Brickset, we’ve had a glimpse at LEGO 40581 Bionicle Tahu and Takua, a set that will be given away as a free gift later this month. While this could be noteworthy and the sign that Bionicle may be coming back, we probably shouldn’t read too much into it. After all, LEGO has been busy reviving past themes as part of its 90th Anniversary – and they’ve mostly been one-offs.

Some larger Anniversary sets have taken up space on store shelves, like the huge Lion Knight’s Castle, and the classic Spaceship. But we’ve also seen many as free gifts – like the Forest Hideout from last summer. We’ve also just had the Blacktron Cruiser as a gift with purchase, part of the classic Space System.

We’re fairly confident LEGO isn’t going to completely relaunch its Space System range. After all, space is well covered by LEGO City. And so it seems unlikely that Bionicle will be relaunched too. The upcoming free gift is more than likely a celebration of a past series.

The set number is a bit of a giveaway for that, too. You see, Blacktron Cruiser’s number is 40580. LEGO Bionicle Tahu and Takua is 40581. If Bionicle was being relaunched, we’d expect it to have a unique number for the entire range. Instead, it’s in sequence with other free gifts.

So, bad news for Bionicle lovers: it’s unlikely your long-missed series is coming back. But at least there’s a free gift to look forward to soon. It’s a welcome blast from the past, if nothing else. 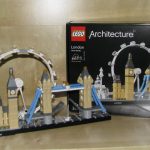 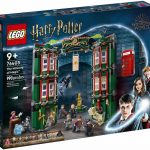