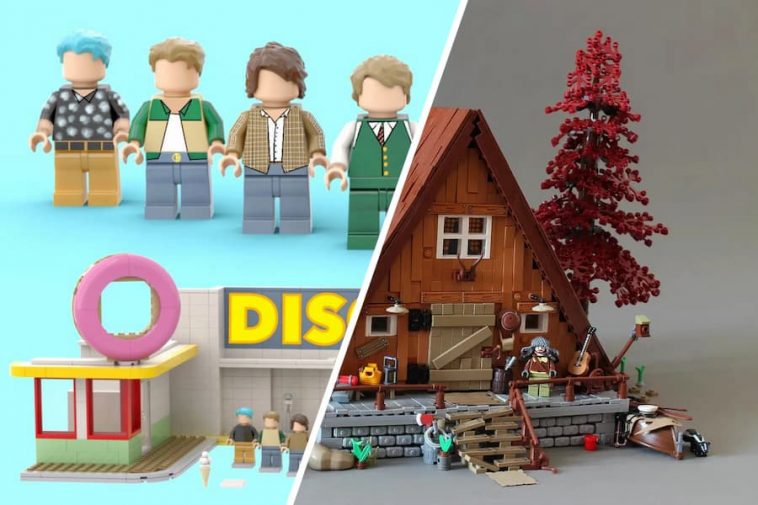 The results of the LEGO Ideas review is in and… it’s mixed news. Two sets of the 34 that made it to the review stage have been accepted: Norton74’s A-Frame Cabin, and JBBrickFanatic’s BTS Dynamite set. Hmm.

We’re very happy to see the A-Frame Cabin get selected; after all, we’d picked this one out ourselves as one of our favourites. It’s a gorgeous wooden-built cabin surrounded by some of the most luscious LEGO trees we’ve ever seen. We’re always happy to see new buildings come to LEGO, and this one will make an excellent addition for any LEGO collection.

This is, of course, not the final product. Once a LEGO Ideas submission has been approved, it will spend time with LEGO designers who’ll ensure it’s suitable for production. Changes are sometimes minimal or sometimes rather vast. We’d expect the structure and shape of the cabin will remain similar as it’s the entire focus of the set. But it’s likely smaller details will change. We hope the trees remain as they are, as they’re truly stunning.

The second set to be approved is BTS’ Dynamite. This features minifigures of the seven members of South Korean boyband BTS and a set inspired by the music video of their song “Dynamite”. At least, that’s what we assume is going on here. We know absolutely nothing about BTS, and so this set being selected is a little disappointing. But BTS are massive, so it doesn’t come as too much of a surprise, and we’re sure it’ll bring even more people into the LEGO fold.

Once again, this isn’t the final build, and we’d expect that this one might change quite dramatically from the original idea. We’d at least expect the band to have faces once the set releases…

There was one final update to come along with the LEGO Ideas results. Back in October, a set based on Snow White and the Seven Dwarves was semi-approved, needing further consideration before final decision could be made. Unfortunately, that decision is now officially “not approved”, and we won’t be seeing the set come to retail. We’re not sure of the reason; LEGO has simply stated “we will not be able to move forward with this product idea”. Is it to do with licensing? Is it to do with Peter Dinklage’s recent criticism of Disney’s live action remake of the film? Or is it simply a case that the parts needed to bring the idea to life wouldn’t be cost effective?

Ultimately, we’ll never know. LEGO considers a lot of factors when bringing LEGO Ideas to life, and the finer details of those decisions are never made public. Still, it’s a shame as we did love the Snow White and the Seven Dwarves set.

And so, with the A-Frame Cabin and BTS’ Disco added to the fold, here’s a full list of the approved LEGO Ideas sets still to come:

The next LEGO Ideas review will be coming this summer, where 32 sets have been shortlisted. 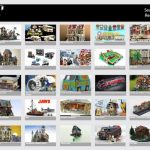 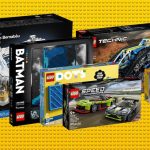