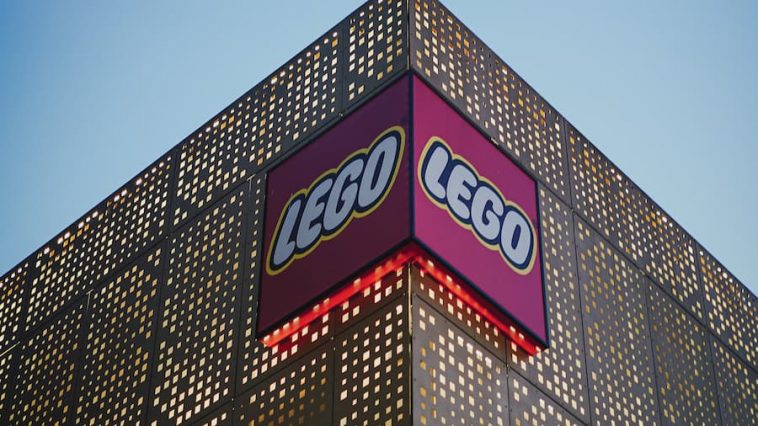 Photo by Baptiste Buisson on Unsplash

Over the last few years, Lego has been leaning more and more heavily into sets designed for adults. It’s a trend we’ve loved to see: as adult fans of Lego, having more sets created with us in mind has been both exciting and a validation that our hobby is not unusual or anything to be looked down upon. But recently, particularly in the last few months, that adult-leaning trend has taken a new path: making the biggest, most expensive sets possible. And lots of them.

As Lego fans, it’s a disappointing trend for many reasons, and one we really hope The Lego Group steps away from. It’s not just the price that’s a factor – although the eye-watering RRPs of many recent sets are going to be a problem for many. We’ll get into the full reasons why over the course of this article.

Smaller-scale adult sets are the best

With sets aimed at adults becoming more popular, our love for Lego grew exponentially over the last few years. In 2021 and early 2022 especially, Lego seemed to realise the need for adult sets that don’t necessarily break the bank. First, we had the range of Marvel and Star Wars helmets: small-ish models with reasonable price tags. Then Lego followed up with the Star Wars diorama sets, and a Jurassic Park diorama. There was also a smaller Lego Art set, and a growing range of Botanicals sets, all comfortably priced somewhere between £40 and £100.

It’s been exciting to see these sets: previously, ‘cheap’ Lego sets meant buying something aimed at children, that doesn’t necessarily make a satisfying build or display piece for grown ups. But with Lego’s extended focus on adults, we have more and more sets that are challenging to build, look great on display, and don’t break the bank.

But alongside these more reasonably-priced sets, a new, rather worrying trend has appeared: huge sets with giant piece counts and giant price tags to match. That’s not to say that Lego has forgotten about reasonably-priced adult Lego sets. We’ve no doubt we’ll at least see more Botanicals models into 2023. But it currently doesn’t seem too bothered about focusing on them.

Before we even touch on the price tags of some of the latest Lego sets for adults, the physical size of sets need to be taken into consideration. We’re huge collectors. We’re lifelong Lego fans, and that’s the reason That Brick Site exists. As an aside, you may have noticed we haven’t been posting much over the last few months. Part of that is a disappointment with The Lego Group and their recent trajectory. It’s also because we’ve reached a point where it’s just not feasible to buy any more sets. They’re all just too big now.

Part of that is our problem: we don’t have the best storage or display solutions in place, and that’s something we need to address before we buy any more Lego sets, despite their price or size. But everyone’s display and storage space is finite. And with sets becoming bigger than ever, it means we can store or display fewer sets.

Take the Harry Potter Hogwarts Express – Collector’s Edition for example. It’s around 1.2 metres in length. That’s longer than our mantelpiece, it’s longer than any shelving unit we have in the house. It just about fits on the length of our dining room table – but of course that’s not a practical place to keep it. And so, short of putting up a shelf specifically for the purpose of displaying this one set, just where are you meant to keep it?

And then there’s the recently-announced Eiffel Tower, an eye watering 1.5 metres tall. That’s just shy of five foot, nearly a full-grown person in size. You can’t really have that on a shelf or display case: it’ll touch the ceiling. You can stand it on the floor, we’d suppose, but that’s a no-go if you’ve got pets. And also a disaster waiting to happen should anything knock into it.

If you’ve got a huge house, you may be able to display multiple large sets. And undoubtedly some adult Lego collectors have massive homes where they don’t need to worry at all about space. But surely that’s not the case for the average Lego buyer. We likely have moderate homes with very limited display and storage. We absolutely cannot house multiples of these large sets.

Too much, too fast

There are a couple of problems here. One, Lego seems to have massively ramped up the rate and speed it releases new sets. It wasn’t so long ago that a ‘big’ Lego set was something we got once or twice a year. Now we get a handful of them a month. For collectors, it means fewer and fewer of us can possibly keep up. And for some of us, that dampens the desire to keep buying. If you’re a collector, you don’t want a partial collection after all.

One massively-priced and massively-sized Lego set was a novelty, something many of us would aspire to have one day. That was 2017’s UCS Millennium Falcon, its launch price tag of £649.99 made it at least twice as expensive as most other sets, and a good £240 more than the next most expensive set (which was, at the time, 75159 Death Star, with an RRP of £409.99). Now, we’re just expected to accept that sort of price tag as standard.

In the last few months alone we’ve had a £520 Razor Crest, a £475 Hulkbuster, a £430 Hogwarts Express, and we’re soon getting a £555 Eiffel Tower. That’s on top of dozens more sets costing more than £200, and plenty more already existing on shelves. It’s simply too many. And here’s the crux: people can’t afford it.

Lego is simply becoming too expensive

Lego saw an across-the-board price hike earlier this year, in line with rising costs of production and materials. Over 100 sets were affected, with the biggest increases being over 20%. It, of course, also means that new sets are launching with prices higher than they’d have been a year ago. The higher price in general coupled with huge sets that demand top-level pricing means that many collectors are simply being priced out of the market.

Lego has always been seen as a somewhat expensive hobby. It means that to enjoy, buy and collect sets aimed at adults, it’s assumed you’ve got a decent disposable income. In 2022, that disposable income needs to be bigger than ever, and it’s getting to a point where most working-class people are being priced out of the market. Those on average wages might be able to save for the odd £200 set here and there if they budget wisely. But those £500+ sets are only ever going to be a pipe dream.

Even those on above average wages aren’t going to be able to afford many sets, especially considering the rising cost of living. As prices of fuel, food, bills and mortgages rise across the board, our disposable incomes get smaller, and Lego becomes less of a necessity for us to spend our money on. At the same time, the price of those Lego sets continues to go up, making the gap even bigger.

And so there are many factors at play here. Many adult fans of Lego simply cannot afford to keep buying Lego sets. Even if we could afford to keep buying them, our homes don’t have enough space to store and display how big sets are becoming. Add to that the cost of living crisis and you’ve got a perfect storm. At some point, the bubble has to burst for Lego: we cannot see sales for these huge, huge sets continuing to soar.

So, Lego, please hear us when we say: we want to continue spending some of our disposable earnings on Lego. But you need to make it more feasible. Focus your energies on smaller, more reasonably priced sets that adults will enjoy. We absolutely do not need giant, metre-tall models made up of 5,000+ pieces. They’re a fun novelty once in a while, but we’re tired of every adult Lego set announcement being yet another monster. 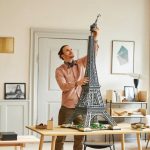 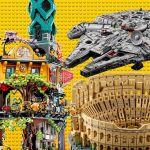