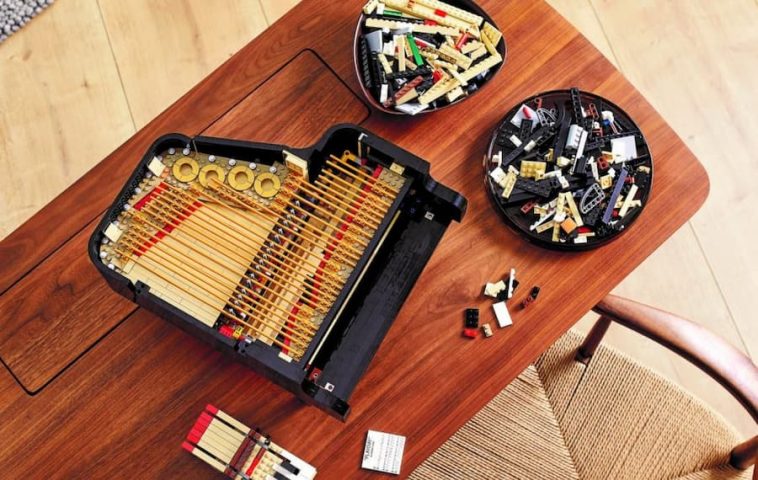 LEGO has always been loved by adults, but in 2021, it’s more acceptable than ever for grown-ups to spend time putting a LEGO model together. But what are the best sets for adults?

While mainstream press may still sometimes stick its nose up at adults “playing” with LEGO bricks, those of us who enjoy the hobby know there’s nothing more therapeutic that creating something wonderful out of bricks. Heck, there’s even a special name for us: AFOLs, or Adult Fans of LEGO!

In fact, more and more sets are now marketed as being 18+. That doesn’t mean they’re not suitable for children, but they’re designed to be most enjoyed by adults.

Whether you’re just getting into LEGO or simply looking for something new to build, we’ve rounded up some of the best LEGO sets for adults that are currently available. We’ve broken our choices down into price brackets, so whatever your budget is, you should find a set to suit.

While LEGO Speed Champions aren’t aimed specifically at adults – they’re age 7+ on the box – we think they’re the perfect mini builds for adults who want something quick to put together. For their size, Speed Champions pack in a lot of detail, and feel like solid model cars when finished, packed with realistic detail. If you’re a car lover, any Speed Champions model makes a great LEGO set for adults – though we have a soft spot for this Koenigsegg Jesko. You can read our review of it by clicking here.

BrickHeadz is another LEGO range which isn’t usually designed for adults, but they make great, cheap sets for someone looking for a new LEGO fix without spending a fortune. But here we are with a set based on Stranger Things, and carrying an age rating of 16+. It shows that LEGO is more open than ever to creating sets based on adult properties. Demogorgon & Eleven both look wonderful, with unique printed pieces and the perfect little pop-culture display for your desktop.

Since 2021, the LEGO Botanicals range has brought some truly innovative sets based on plants and nature. Of all of them, the Bonsai Tree may be one of our favourites, and one of the best LEGO sets for adults. Not only is it beautifully designed and engaging to built, but it also makes for a truly wonderful display piece afterwards. The cherry on top is the fact it comes with two separate colourways: pink cherry blossom, as pictured above, and green leaves. You can read more about it in our review by clicking here.

Who doesn’t love a game of chess? And a good chess board also makes a fantastic coffee table display piece. So why not combine two hobbies and opt for a chess set made out of LEGO? This is one of the best LEGO sets for adults in our opinion, just because of how functional it is. It looks great, and it can be played. It also comes with additional tiles so you can play checkers rather than chess if you’d prefer.

Here’s one for the Star Wars fans. This bust of Darth Vader’s helmet looks fantastic when finished. It’s not quite big enough to be the real thing, mind, but it’s a wonderful display piece packed with a lot of detail. In fact, there’s a whole range of ‘bust’ type builds, and all of them make for some of the best LEGO models for adults. How about Iron Man, or Batman, or a Boba Fett?

If you like travelling, or have a connection to New York City, then you’ll likely be drawn to this LEGO Statue of Liberty. Pictures of this set don’t do it justice; it’s beautiful in the flesh, and looks just like a scale model of the real thing. It’s the sort of set that fits right in on a display shelf or your mantelpiece – at a glance, you won’t even know it’s made out of LEGO. If you’re looking for a LEGO set for adults, they don’t get much better than this.

If you’re a Jurassic Park fan , this diorama is a must-have. It’s surprisingly large for its size, featuring a classic Jurassic Park car (and another that’s been overturned), four minifigures, and, of course, a T. Rex. Complete with a display plinth, a broken fence and a printed quote, it really looks stunning stood on a shelf or tabletop.

One of our favourite LEGO sets for adults, LEGO Ideas 21327 Typewriter is also one of the most stylish, classy sets we’ve ever seen. Just look at it! From a glance, you’d be forgiven for thinking this is an actual, working typewriter. It even has moving parts; press down a letter key and the type bar will move up and down, and the paper roll will move from side-to-side. It’s an incredible set. Find out more about it by reading our review.

Anyone who loves Ghostbusters will surely fall in love with this model ECTO-1. Packed with tonnes of detail, it’s a true movie buff’s set, and perfect for any adult fan of LEGO. Our only complaint is that it doesn’t come with any minifigures, but since it’s not minifigure-scale, it’s understandable.

If you’re a gamer, how can you not love this brick-built NES? Featuring a very realistic looking console and controller, there’s also a retro-styled TV screen, featuring a Super Mario diorama that actually moves. It’s an incredible set; LEGO sets for adults really don’t get much better than this. It’s a challenging but hugely rewarding build, and when you’re done this is a set you’ll be proud to have on display.

While the LEGO Ideas 21323 Grand Piano doesn’t actually play music directly, you can press the keys, and the mechanism inside corresponds to each press. You can also sync the build to an app, and watch the keys move along to the song you choose to play. It’s rather magical, and one of the best LEGO sets for adults currently available. It also looks utterly fantastic, and offers a challenging build for experienced builders.

Here’s a LEGO set for the football fans amongst us. This almost-4,000 piece replica of Old Trafford is simply beautiful. We’re not even Manchester United fans, but we can appreciate the beauty of this! From the goalposts to the stands, everything has been recreated in minute detail. It’s undoubtedly one of the best LEGO sets for adults currently available – especially if you love Man U.

This is the biggest LEGO set in terms of size you can currently buy. Measuring a whopping 54 inches (135cm) in length, you’re going to need a huge shelf to display this on. But what a stunning set it is, featuring all the details of the ill-fated ocean liner. There’s even some internal details on each cross-section of the ship, like the huge engine room and the grand staircase. All that’s missing is a pair of minifigures of Jack and Rose…

LEGO Art 31203 World Map is currently the biggest LEGO set available in terms of piece count; it has a whopping 11,695 pieces! This set takes some serious patience to complete, but it makes a stunning piece of wall art when it’s finished. LEGO Art is a little different from normal LEGO sets. Rather than creating a 3D model, you create a mosaic out of different-coloured studs. They even come with access to special podcasts, recorded especially to be listened to while you’re building these sets. Fun to build and decorative when finished – that’s the hallmark of any great LEGO set for adults. 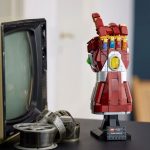 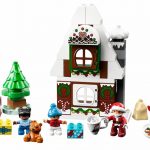