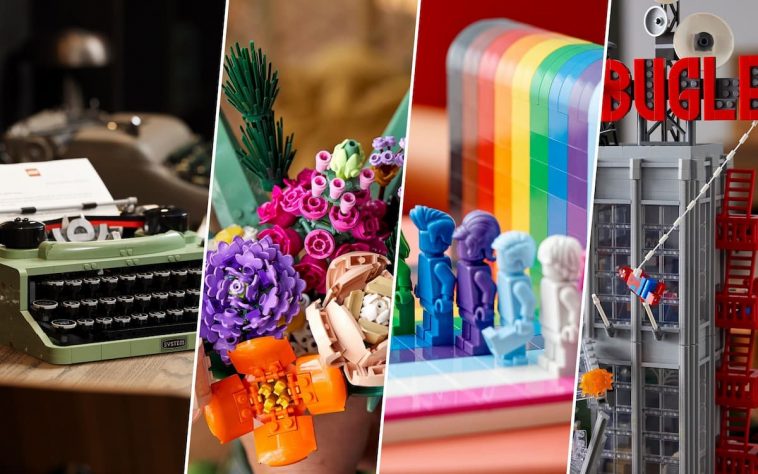 We’re just past the half-way mark of 2021, so what better time to reflect on our favourite LEGO sets of the year so far?

In the last six months, LEGO has released over 400 sets of various shapes and sizes. They range from tiny pocket money polybags to the whopping 11,695 piece World Map, and practically everything you can imagine in between.

But which ones are the best LEGO sets of 2021 so far? We’ve rounded up our favourites, and you can read all about them below.

There was no way we couldn’t include The Daily Bugle in our best sets of 2021 so far. Standing at over 80cm tall, this skyscraper is truly a sight to behold. Its interior is fully-featured, and the outside of the building packs in so much detail too. Add to it the whopping 25 minifigures, and you’ve got the perfect stage for Marvel mayhem.

It’s impossible not to love the LEGO Ideas Typewriter. Not only is it completely different from any LEGO set we’ve seen before, the amount of craftsmanship here is unparalleled. Inside its sleek System body is a fully-functional Technic inside; although you can’t actually type with the typewriter, pushing the keys will move the type bars and paper roll as if you were. It just looks stunning, too. Not only is this one of the best LEGO sets of 2021 so far, we think it’ll be one of the best for a long time to come.

2021 has been an innovative year for LEGO so far. The Botanicals range is a new one for the company, launching in January with the Flower Bouquet set and the Bonsai Tree. The Bouquet of Flowers, though, stands out as one of LEGO’s best sets of 2021 so far to us. It’s colourful, it’s different – how many other LEGO sets can you display in a vase? This is the sort of LEGO set that makes the perfect gift for someone not usually into LEGO, and that’s just one of the reasons why it’s so special.

LEGO 40516 Everyone is Awesome

Released on 1st June, LEGO’s Everyone is Awesome set not only celebrates Pride Month, but it also celebrates diversity and inclusion, and aims to raise awareness about discrimination. It’s a LEGO set that says ‘hey, everyone is welcome!’ and what could be more wonderful than that? Plus, as a LEGO model outside of its important messaging, it’s a fine sculpture and a must for minifigure collectors.

Buy Everyone is Awesome on LEGO.com

This is a set so popular that it’s frequently been sold out on LEGO.com and in LEGO stores since it released back in August. It’s rare a ‘small’ set catches our eye so much, but the design of this Classic Batmobile is too hard not to love. Plus, the addition of the information placard and the stand makes this a perfect budget-friendly display set. We certainly don’t get many of those.

How you feel about this set might depend on how much you care for the Harry Potter franchise. But it’s easy to see past Harry and Hermione’s faces and see this LEGO set for what it is: a truly inspiring idea that we hope catches on into other LEGO ranges. These 10-inch tall giant minifigure replicas make for a fantastic display piece, and we hope to see more of them.

This is one of our favourite Creator 3-in-1 sets in a long time. The main model, a 38cm-long crocodile, is packed full of detail and personality. The two sub-builds, a snake and a frog, are equally loveable. And for its budget price of £24.99, there’s a lot to love here. Sure, it’s not an outstanding or ground-breaking model in any way – but it’s wonderfully designed and offers excellent value for money. That’s enough reason for it to make our list of best LEGO sets of 2021 so far.

Including a Technic set in our round-up of 2021’s best LEGO sets so far might be a controversial choice for some, but there are plenty of good reasons why we should include the McLaren Senna GTR. At £44.99, this set is a bargain. Not only is it one of the nicest-looking LEGO Technic cars, it’s also sizeable too. Sure, it might pale in comparison to the likes of the £350 Lamborghini, but it’s also a fraction of the price. It’s a great set for car lovers, and for someone wanting to dip their foot into bigger Technic models without breaking the bank.

Maybe we’re a little biased towards the LEGO Friends Apartments set since we’re massive Friends fans, but we think it’d be impossible not to love this set. The craftsmanship as a LEGO build is outstanding, but it’s the attention to detail that really makes it special. It’s packed full of tiny references to the show, like Monica’s secret closet, Phoebe’s painting of ‘Gladys’, a spilt cheesecake on the floor in the hallway, and Joey’s ‘V’ edition encyclopaedia. It’s the perfect display piece and also an excellent playset – all in all, one of the best LEGO sets of 2021 so far.

Buy The Friends Apartments on LEGO.com

We hemmed and hawed about including the LEGO Adidas Originals Superstar. A brick-built trainer! When it was first revealed, we weren’t sure how we feel about it. But we’ve grown to love it in the last few weeks. Besides, as far as creativity and innovation goes, this is up there with the best of them. It’s a LEGO set we’d never have dreamed would exist, but here it is, in all its plastic glory (plus a real shoelace). It’s unique, and that’s what makes it one of LEGO’s best sets of 2021 so far.

What are YOUR favourite sets of 2021 so far? Let us know by leaving a comment below. 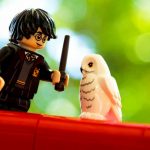 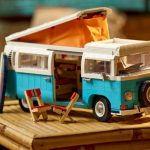