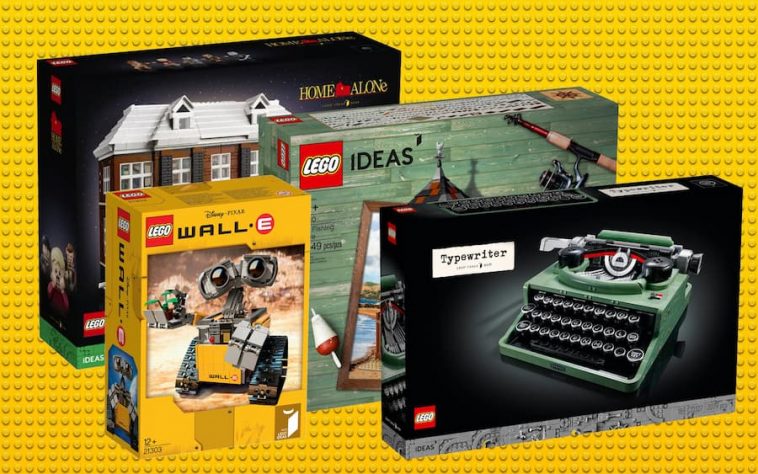 Since it launched back in 2011 – when it was known as ‘CUUSOO’ – the LEGO Ideas initiative has gone from strength to strength. It’s a scheme which encourages budding LEGO designers to submit their own set ideas to a public vote. The most popular then get judged by a LEGO panel, who decide which ideas get turned into real, retail sets.

The next LEGO Ideas set to release, the Motorised Lighthouse, is the 43rd LEGO Ideas set to be released so far. That’s not including some promotional sets born from the series, either, like the Cosmic Cardboard Adventures, Vintage Car and Sailboat Adventure, all of which given out as freebies.

Of the LEGO Ideas sets released so far, then, which ones have been the best? Join us as we revisit eight of our favourite Ideas sets so far.

Look at the image above, and you’d be forgiven for thinking that we’ve just turned a colour photograph into black and white. Not so: LEGO Ideas Steamboat Willie is designed to be completely grayscale, just like the original Mickey Mouse cartoon it’s based on. It’s an ingenious idea, and it leaves the included minifigures (Mickey and Minnie, of course) looking absolutely stunning. The LEGO Ideas program shines when its sets embrace original ideas, and this is certainly one of them.

Merry Christmas, you filthy animal! No Christmas movie is quite as iconic as Home Alone, and being able to build the McAllister’s house ourselves last Christmas was an absolute joy. So many details are packed in here, including lots of the traps Kevin set up to catch the Wet Bandits. This is one of those wonderful sets that we never imagined could exist, yet here we are. Undoubtedly this is one of the best LEGO Ideas sets released so far, just because of how much fun it is.

The Friends’ Central Perk set isn’t the first LEGO set to recreate a TV set – that would be the since-retired Big Bang Theory set, also of the LEGO Ideas range. But being big fans of Friends, we’d be remiss to include this. And we do think it’s responsible for a wave of TV show sets being made available since. Not only have we had another Friends set (The Apartments), we’ve also had Seinfeld, Queer Eye and The Office.

Here’s a sign of the times: you wouldn’t find a Disney-licensed, 677-piece set for just £39.99 anymore. Wall-E feels rather one-of-a-kind, as there hasn’t been another set like it since. This is a faithful replica of the lovable Pixar robot, complete with poseable arms and eyes. Oh, and it’s worth way more than its RRP on the second-hand market now.

Not only is the Old Fishing Store one of the best LEGO Ideas sets released so far, it’s often cited as one of the best LEGO sets, full stop. As far as buildings go, this is more eye-catching than most, and packs in a huge amount of detail inside. Plus, the green coloured tiles used on the side of the building are still rather rare, and that colour alone made this a popular set.

We’d be foolish not to include the fantastic typewriter in our round-up of the best LEGO Ideas sets so far. Not only does this set look stunning – you’d be forgiven for thinking it’s a real typewriter – but it’s made with some astounding engineering. Pushing keys moves the type bar, and the ribbon moves along, just like a real, working typewriter. It’s practically only a lack of ink that stops this thing working. We don’t recommend you add ink.

Read our review of the LEGO Typewriter.

We weren’t quite sure what to think of The Starry Night when it was first released. But seeing it in the flesh, it’s blown us away. Not only is it beautiful and eye-catching, but it’s one of the most original LEGO sets we’ve ever seen in terms of design and technique. And it has the bonus of being able to hang on your wall. What’s not to love?

Buy The Starry Night on LEGO.com

Choosing a number one spot on this list of best LEGO Ideas sets released so far was difficult. Any set on this list could have taken this sport, to be honest. But we’ve chosen the Medieval Blacksmith for several reasons. One, it’s beautifully designed. Few buildings have as much external (and internal) detail as this. From the roof tiles to the wooden beams, everything is just perfect. Two, it’s perfectly sized. It strikes a great balance between size and cost, and we wish LEGO would release more sets in the sub-£150 range for adults rather than bringing more and more £400+ sets to market. Three? We just dig the Medieval vibe. Next to the brand new Knight’s Castle, this thing looks gorgeous. 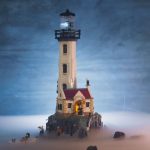 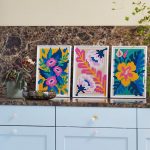