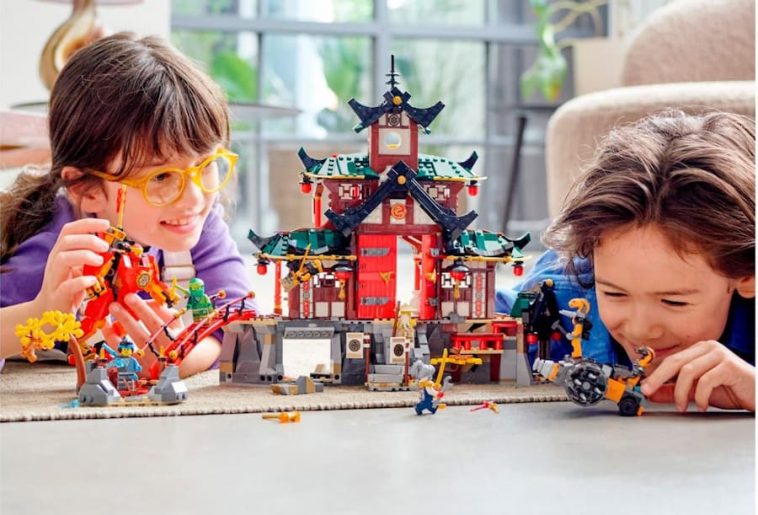 It seems LEGO Ninjago packaging has had a bit of a face lift – we’re loving the animated design of the new boxes. And if you’re a fan of LEGO’s long-running ninja series, then 1st January 2022 is going to be a good day for you. Nine new sets are entering the range, covering the whole gamut of price points.

Some of the best LEGO Ninjago sets in the past have been the series’ take on temples. And this one looks to be a fine example, packed full of details, like intricate roofs and a feature door. Add to the mix eight minifigures, a mech and a cool-looking vehicle and you have one heck of a playset. See more on LEGO.com.

If it’s not a temple that LEGO Ninjago is nailing, it’s a mech. This one in particular looks fantastic and, like a Transformer, can morph into four separate vehicles. All built together, the mech stands at an impressive 31cm tall. Find more information about the Ultra Combo Mech at LEGO.com.

A minifigure can ride this chunky blue-and-green dragon, complete with moulded face and fabric, printed wings. We’re not sure if it’s the best Ninjago dragon we’ve ever seen, but we’ll reserve full judgement until we’ve seen it in the flesh. See more information on LEGO’s store page.

Jay and Nya’s Race Car EVO set features two vehicles: a race car and a helicopter. Designed for play, the car comes with shooters, and the helicopter features rotating blades. Plenty of ‘swooshability’ then! Click here to find out more.

Here’s a smaller dragon, this time with plastic moulded wings. It seems this one can be built in three ways: as a wingless companion, in ‘battle ready’ mode, and in ‘flight ready’ mode. Find out more at LEGO.com.

We’ve always got room for another Ninjago race car in our lives. We love the chunky tyres and huge spoiler on this one. And, being a new ‘EVO’ set, it seems it can be built a couple of ways. Leave the spoiler off for ‘Cruising’ mode, or pimp it up for ‘Accelerating’ or ‘Maximum Level’ mode. More information can be found on LEGO’s store page.

One more Ninjago dragon is landing on 1st January 2022. Though this one is a little smaller than the others. Like Kai’s Fire Dragon, its ‘EVO’ status means it can be built in a couple of ways. Leave the wings off for ‘Companion’ mode, or put them on to be Battle Ready. Find out more at LEGO.com.

Being a 4+ set, Lloyd’s Ninja Mech is one of the more simple Ninjago sets to launch in January 2022. The finished model, though, is a walking mech with moving parts – perfect for taking down those pesky serpent enemies. Click here to find out more.

Despite being the same price, Zane’s mech has more pieces and more detail than Lloyd’s mech, thanks to not being part of the same 4+ range. He still comes with movable parts, though, and its gold, blue and white colour scheme is striking. More information is available here. 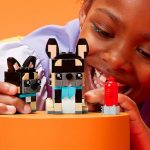 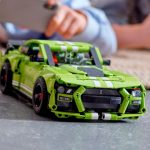